Pelosi gives longest US House speech in more than a century 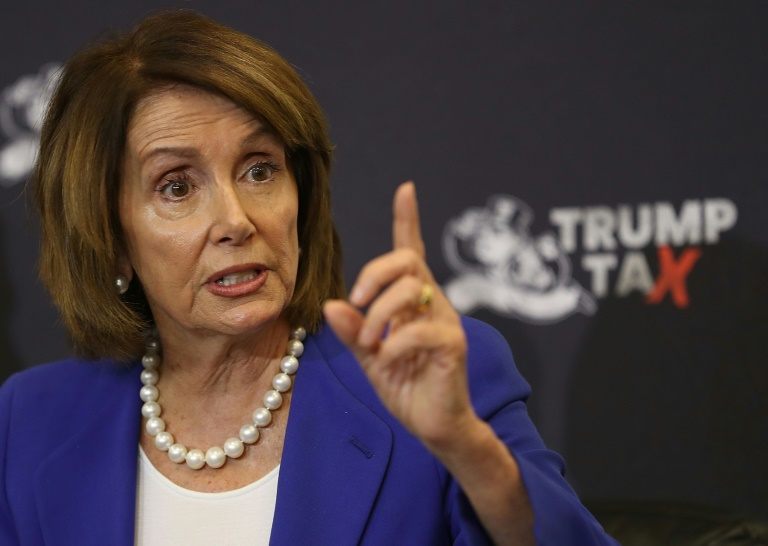 Top US House Democrat Nancy Pelosi made history Wednesday by delivering the longest address to the chamber in at least 108 years, speaking for more than eight hours about protecting young undocumented migrants from deportation.

Eight hours and seven minutes later, at 6:11 pm, she relinquished the floor -- an entire day at her desk in four-inch (10-centimeter) heels and consuming nothing but water, according to an aide.

It was a remarkable display of determination by the minority leader and former speaker of the House.

"I just got word that the House historian confirms that you have now set the record for the longest continuous speech in the House since at least 1909," said Pelosi, reading aloud a message from a clerk.

"I wonder what that was."

That honor belonged to congressman Champ Clark of Missouri, who spoke for five hours and 15 minutes. It was unclear if any House floor speeches before 1909 had gone longer.

Pelosi was speaking against a compromise federal budget deal recently announced by Senate leaders that would lift spending caps and avert a looming government shutdown -- but that does not address the sensitive issue of immigration.

Pelosi said she would oppose the deal unless House Speaker Paul Ryan gave assurances that he would bring immigration legislation to the floor for a vote.

Americans "need a solution to immigration, which is long overdue," she said.

Pelosi was not violating any rules with her record-busting speech. Party leaders are allowed to use their typical one-minute addresses to the House to speak as long as they wish.

She read directly from the testimonies of several immigrants known as "Dreamers" -- people who arrived in the United States illegally as children but were protected from deportation under the Obama-era Deferred Action for Childhood Arrivals (DACA) program.

If Congress does not act by the March 5 deadline, some 1,000 immigrants per day on average could face deportation.

"Our Dreamers hang in limbo, with a cruel cloud of fear and uncertainty above them," Pelosi said.

"The Republican moral cowardice must end."

While the Republican side of the chamber was largely empty, many Democrats sat behind their leader offering support.

In the US Senate, members can engage in a filibuster, in which a senator speaks on the floor at length to bring the chamber's deliberations to a halt.

The longest filibuster in US history was conducted by Senator Strom Thurmond, who spoke for 24 hours and 18 minutes in opposition to the Civil Rights Act of 1957.