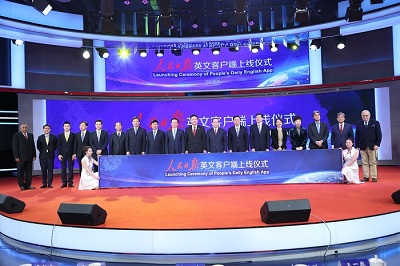 People's Daily, the official newspaper of the CPC Central Committee, announced Sunday the launch of its English language news app, marking a key step to advance the integration between traditional media and new media and to better “connect China and the world.”

The launch comes ahead of this week's 19th National Congress of the Communist Party of China (CPC) in Beijing.

More than 100 representatives from relevant ministries, the diplomatic corps, media and academe attended the launch at the People's Daily's headquarters in Beijing. 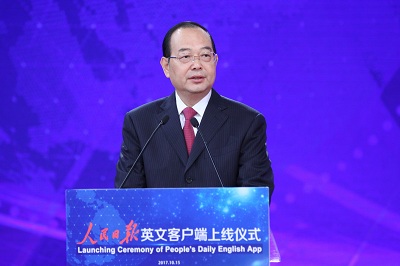 People's Daily president Yang Zhenwu said, “China has never been so close to the center of the world stage. China's development remains a huge opportunity for the world, and cannot be separated from the common developmental aspirations of all countries. A stronger China needs to present itself to the world. The changing world is eager to know more about China. The international community expects China to share its experience, expound on its propositions, propose solutions and contribute its wisdom, which is also an inevitable phase of its development.”

In recent years, People’s Daily has followed the guidance of President Xi Jinping and decisions made by the Party to make a coordinated strategy of offering information for domestic and international readers, Yang said. “We are making it more user-friendly and have made remarkable achievements in improving our global presence and international influence.”

“The 19th CPC National Congress will open in Beijing three days from now to worldwide attention. This is a timely opportunity to launch our English language app. This app has bright prospects. We will take this opportunity to provide timely coverage on the Congress, the latest insights of the CPC to the world and the new blueprint of China's development,” Yang said.

The English language app, aimed at “connecting China and the world,” is aimed at creating better storytelling and an international communication platform from an official Chinese media outlet. The English language news app will become a platform for international users to know news, viewpoints, and concepts about China. What’s more, the app’s “service” section will take on a major role inside the platform, providing a window for overseas users to explore China. 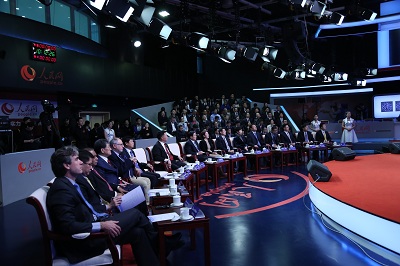 Lu Xinning, deputy editor-in-chief of People’s Daily, used the English word “will” four times to highlight her understanding of the app: need, wish, resolution and future. She also discussed the background behind the creation of the English language app, and expressed her optimism.

“In the future, this app will not only be People’s Daily journalists telling the story of China and the world, but will also include the efforts of our strategic partners, and will deliver vivid and diverse stories on China to the world,” Lu said.

“We will not only only build an information center but also establish a service platform for global English users. We will accelerate cooperation with relative departments to improve the performance of the People’s Daily English language app,” Wang said. 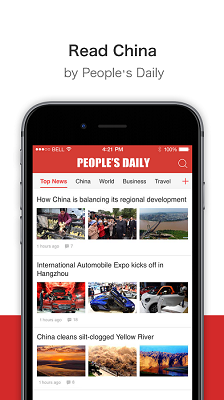 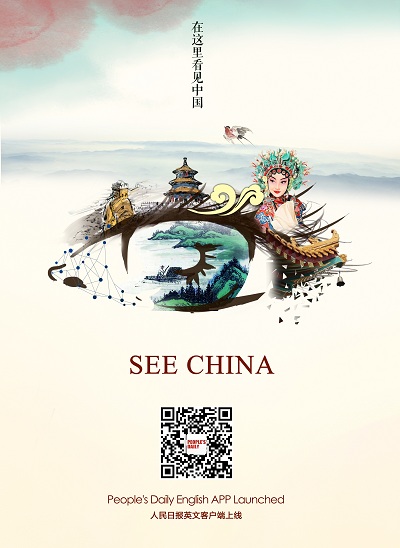