The National Development and Reform Commission says it expects domestic consumption to become a stronger engine for economic development.

It says emerging industries, services and consumption are likely to contribute 60 percent to this year's growth.

US, South Korea to meet on military cost-sharing deal

Officials from the US and South Korea will meet in Hawaii this week to renew a military cost-sharing agreement.

A State Department official says the agreement is expected to take effect next year.

US President Donald Trump said last year that South Korea should pay for the deployment of the THAAD anti-missile system, which experts believe will be discussed during the meeting.

investment in the western, inland and border extension areas.

It will also have to be approved by the US Federal Aviation Administration and the European Aviation Safety Agency if it is to tap the global market.

The C919 is comparable to the updated Airbus 320 and Boeing's new generation 737. 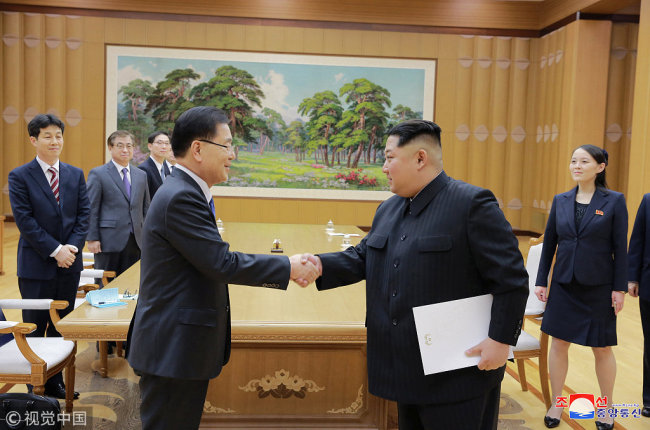 This, after meeting senior South Korean officials for the first time in Pyongyang.

The North Korean Central News Agency says Kim Jong-un has made "a satisfactory agreement" with the South Korean envoy over a summit intention.

China is developing a new type of medium to low-speed maglev train that can attain a top speed of 160 kilometers per hour.

The maglev train is expected to roll off the production line in Zhuzhou, Hunan Province in the middle of the year.

The new train will reach a substantial speed increase, given the worldwide top speed for this kind of maglev vehicles is currently 100 kilometers per hour.

And a report from the New York Times says the US State Department has yet to spend any of the $120 million allocated by Congress to fight foreign influence on US elections.

American intelligence officials and lawmakers have warned that Russia is working to influence upcoming elections by using a coordinated campaign of Internet trolls and disinformation to influence voters.