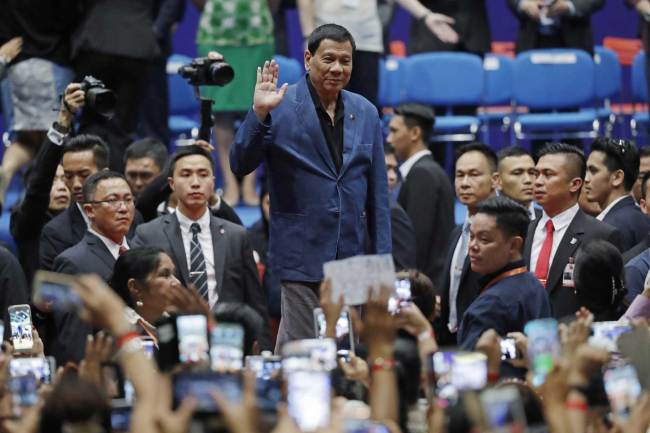 Philippine President Rodrigo Duterte said on Thursday that he formally apologized for the 2010 hostage-taking incident in Manila that killed eight tourists from China's Hong Kong Special Administrative Region. Speaking to the Filipino community in Hong Kong, Duterte said that Manila has yet to make an "official apology" over the incident. "There has been no official apology coming form the Philippines regarding that incident that happened in August 2010," Duterte said. "From the bottom of my heart, as the President of the Republic of the Philippines and on behalf of the people of the Philippines, may I apologize formally to you now," Duterte was quoted by Philippine media as saying in a meeting with Filipinos in Hong Kong. "We are sorry that the incident happened and as humanely possible, I would like to make this guarantee also that it will never, never happen again," he said. A bus with 21 Hong Kong tourists onboard was hijacked in the Philippine capital Manila on Aug. 23, 2010. The 11-hour hostage crisis ended with eight Hong Kong tourists killed in a bungled police rescue. Duterte arrived in Hong Kong on Tuesday for a three-day informal visit after attending the Boao Forum for Asia in China's Hainan Province.