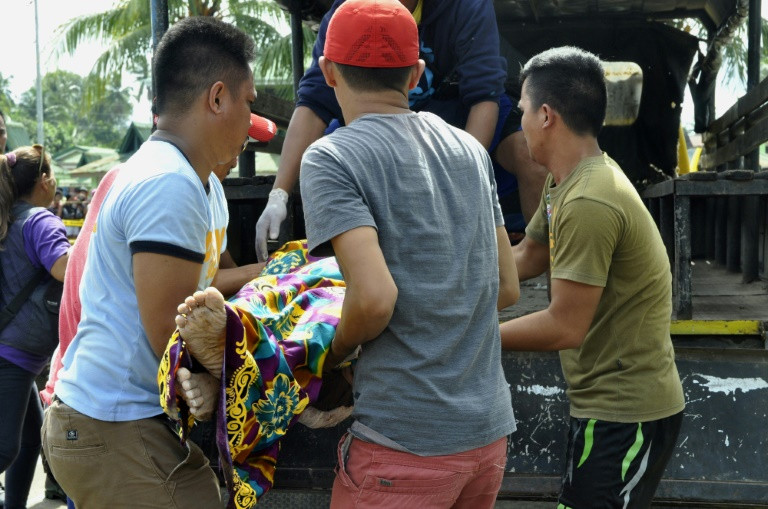 Workers carry the body of a victim of Tropical Storm Tembin in Lanao del Norte on Saturday. Photo: AFP

The death toll from a storm that unleashed landslides and floods across the southern Philippines has climbed to 240 with scores of others still missing, officials said Monday.

Tropical Storm Tembin on Friday struck the country's main southern island of Mindanao, which often escapes the 20 or so storms that batter the rest of the archipelago nation each year.

Civil defence officials said the number of confirmed deaths from Tembin on Mindanao's Zamboanga peninsula had risen to 78, while the death toll in Lanao del Sur province on the island went up to 27.

The storm killed 135 others in the northern section of the island, police said Monday, a figure that was unchanged from a day earlier.

Rescuers are still looking for 107 people in these three areas. Many were feared killed by mudslides and flash floods that buried or swept away hundreds of houses last weekend.

Civil defence officials said some 13,000 Mindanao families -- at least 52,000 people -- remained in evacuation camps on Christmas Day, many with few if any possessions left.

Two other typhoons are known to have inflicted more deaths on Mindanao than Tembin, according to government records.

The deadliest typhoon to hit the country is still Haiyan, which left more than 7,350 people dead or missing and destroyed entire towns in the central Philippines in November 2013.