Photos: New prince of UK's Duke and Duchess of Cambridge 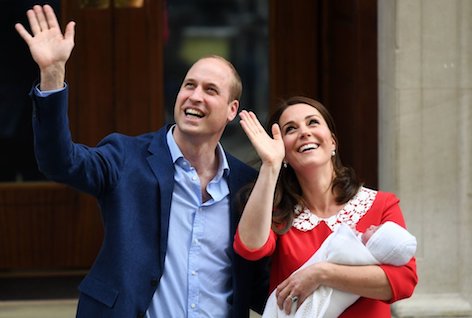 The royal couple waved to the media with their new born prince in London, April 23, 2018. (Photos: AFP)

Duchess of Cambridge, Princess Kate on Monday gave birth to a boy. Weighed 3.5 kg, the name of the baby has not yet been announced.

Britain's Prince William, Duke of Cambridge (L) and Britain's Catherine, Duchess of Cambridge (R) show their newly-born son to the media outside hospital in London, on April 23, 2018. 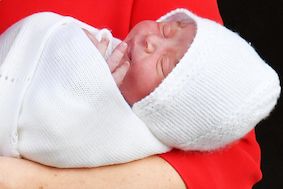 His Royal Highness, new Prince Cambridge, facing the press for the first time.

Media and some royal fans were waiting outside the hospital for the news. 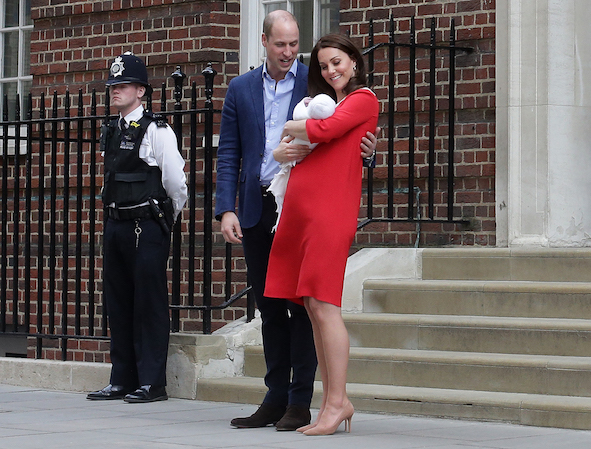 The newborn will join siblings Prince George, 4, and Princess Charlotte, who turns 3 on May 2. 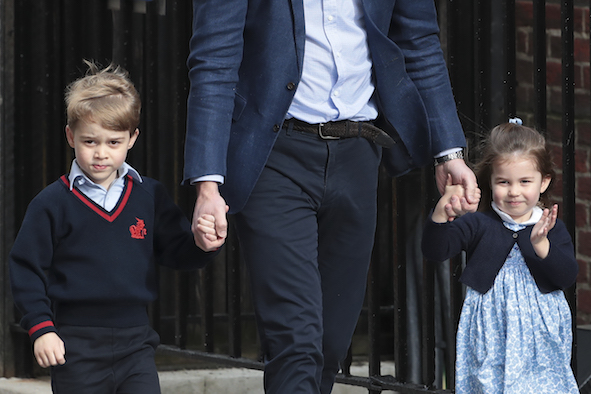 Princess Charlotte of Cambridge (R) waves at the media as she is led in with her brother Prince George of Cambridge (L) by their father Britain's Prince William, Duke of Cambridge, (C) at St Mary's Hospital in London, on April 23, 2018, to visit their mom and their new-born brother.