HEADLINE Photos: What will be served at the summit dinner for the Korean leaders?

Photos: What will be served at the summit dinner for the Korean leaders? 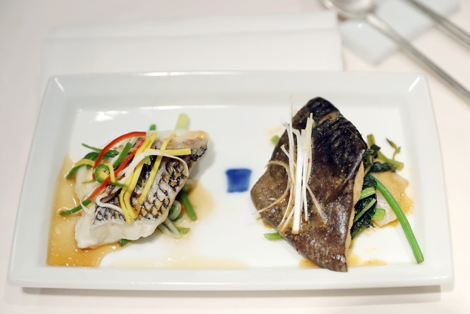 Steamed red snapper and catfish, both of which are found and often eaten across both Koreas, symbolizes the similarities between the two countries. (Photos: Inter-Korean Summit Press Corps)

Leaders of the two Koreas will attend a welcoming dinner at the Peace House at 6:30 pm local time (0930 GMT). A Blue House spokesperson says the menu was thoughtfully chosen to honor those who have endeavored to achieve peace and unification on the Korean Peninsula over the past several years. Foods from their hometown will be brought to Panmunjom and cooked to the standard of a state banquet.

According to Yonhap, the menu includes dishes made with rice and seafood from the hometowns of South Korean President Moon Jae-in and the two former South Korean presidents, Kim Dae-jung and Roh Moo-hyun, who visited Pyongyang for the two previous summits. 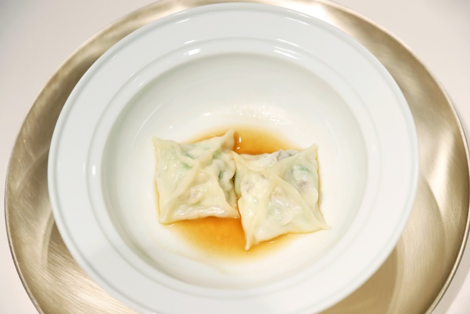 The pyeonsu, a steamed square dumpling stuffed with vegetables and beef, is sourced from Gageodo, hometown of the former South Korean President Kim Dae-jung, who attended the first inter-Korean summit.

The two leaders will also have grilled beef from a ranch where the late Hyundai Group honorary chairman Chung Ju-yung raised a herd of cattle that he gifted to North Korea in 1998. 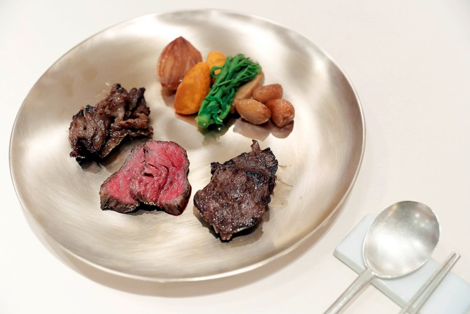 Grilled beef for the dinner.

The Blue House says another main dish to be served is the cold noodles from Pyongyang’s famous Okryu-gwan Restaurant, which was proposed by Moon. The North has accepted and agreed to send a leading chef from the restaurant to Panmunjom. 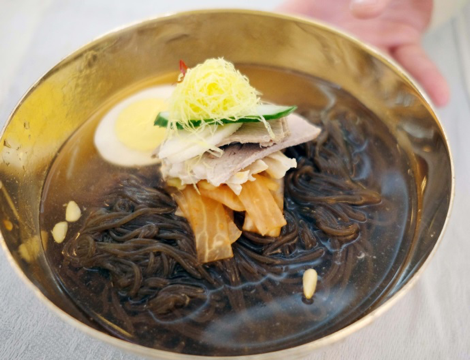 Cold noodles for the dinner.

Busan, where Moon grew up, has access to the John Dory fish, which is not available in North Korea. 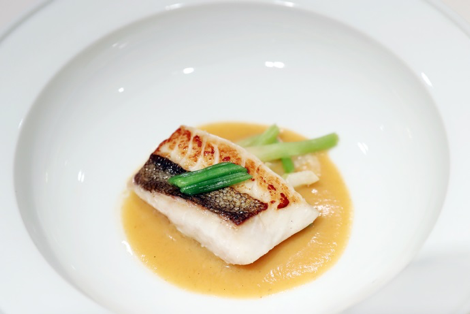 A Korean version of the Swiss potato fritters, known as rosti, is prepared for the dinner, as Kim spent his childhood in Switzerland. 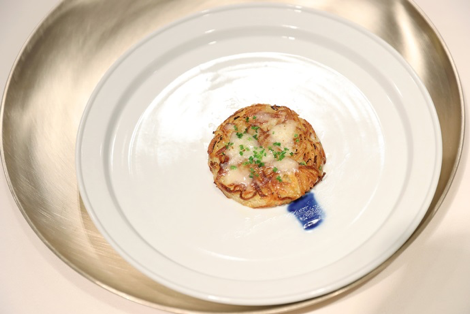 Swiss potato fritters known as rosti with a Korean twist for the dinner.

A traditional Korean cold salad made with octopus is also on the menu. The octopus is from the hometown of renowned late Korean-born composer Yun I-sang, who contributed to the exchanges between the two Koreas.

“People’s Spring” is a mango mousse with a garnish of spring flowers that embody the warm vernal energy that causes them to sprout through winter’s frozen soil. The image of the Korean Peninsula has been placed on top to represent the solidarity of the Korean people. The entire dish emerged from a hard shell to express the idea of the two Koreas overcoming hostilities to become one again. 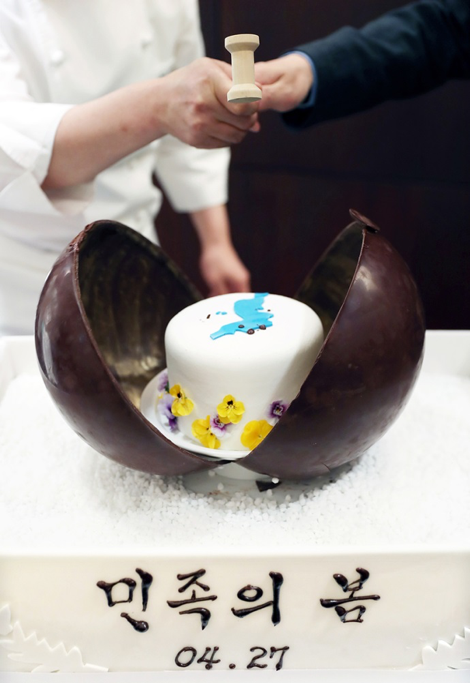 The mango mousse “People’s Spring” for the dinner. 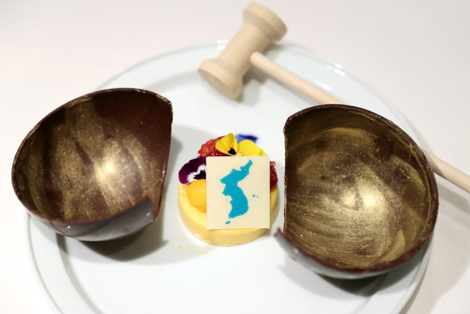 Two types of traditional Korean alcoholic beverages: "myeoncheon dugyeonju," a liquor brewed from azalea flowers and glutinous rice, and "moonbaesool," a distilled liquor that originated in North Korea, will be served at the banquet. 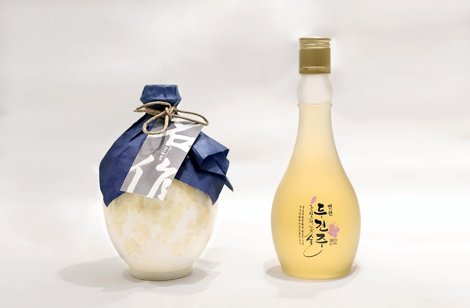