Pieces of the past: Retro snacks become latest food trend 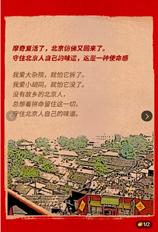 Past snack brands are returning to China's supermarket shelves. 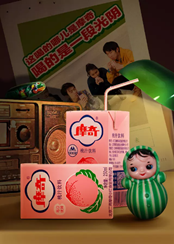 Last week, it was reported that Moqi, a soft drink first launched in 1984, is making a comeback after being off the radar for 16 years. During its rebirth, the first 10,000 boxes sold out in three hours.

In recent years, many once-popular snack brands have returned to the mainstream.

Food nostalgia is now a trend as evidenced on WeChat Moments, and especially so among users born in the 1970s and 1980s. The snack food of their childhood resonates a stronger connection and passion for their yesteryears.

Other retro food brands on the revival path have seen hot sales and sweeping discussions. For example, literally meaning “Arctic Ocean,” Beibingyang soda returned to Chinese supermarket shelves in 2011 after disappearing in 1996.

The reasons behind the popularity of nostalgic snacks and soft dinks:

Older brands that disappeared within Chinese market once encountered different kinds of difficulty, one outstanding and one coming to the changes market environment.

In the early 1990’s, with China’s reform and opening-up policy, international soft drinks like US-based Coca-Cola and Pepsi were among the top seven drinks in China and included Beibingyang. After this period subsided, many Chinese soft drinks gradually faded from the market.

Recently, some of the beverage acquisition contracts with US drink giants have expired, providing comeback opportunities in China.

Those who grew up in the 1970’s and 1980’s are the main demographic fueling the retro snack craze. Additionally, as cravings for a piece of the past grow, so does each brand’s social media presence. Photos of the snacks are posted online, and this helps with brand revival efforts and shelf longevity.

According to Beijing Youth Daily, the return of Moqi is partly due to its cooperation with Miss Fresh, an e-commerce fresh product company.

An executive with Miss Fresh said that Moqi is one important part of the post-80s childhood, an impetus for the company’s efforts to bring back the soft drink.

In publicizing Moqi, the brand has made use of online marketing channels, and now home delivery within two hours of ordering is a reality.

Younger people who enjoy soft drinks have been attracted to the brand through Internet word-of-mouth marketing.

With the development of China’s domestic economy, an emotional connection can attract customers to buy certain kinds of food. However, an emotional tie is just an icebreaker. To gain lasting customer loyalty and to achieve long-term development, these older brands need to attract younger generations to achieve greater market diversity.