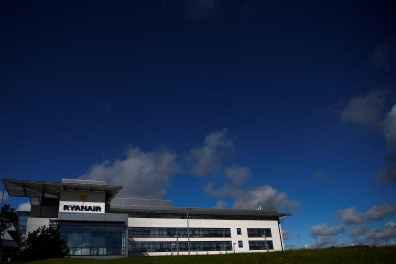 Unions representing Ryanair pilots across Europe have signed a deal to cooperate in a move that could raise the prospect of coordinated action, something its management has been keen to avoid.

In the agreement signed on Saturday, the unions decided to form a transnational pilot group to negotiate with Ryanair at a pan-European level, the European Cockpit Association said.

Ryanair is in talks to formalize union recognition in several European countries but it has refused requests to engage with pilots on a pan-European basis.

The airline did not immediately respond to a request for comment.

“It is now up to Ryanair to take this great new opportunity to reach out to its pilots and engage in genuine social dialogue,” Dirk Polloczek, president of the ECA, said in a statement posted on Facebook.

“Today is a historic day for Ryanair pilots in their quest for fair and equitable working conditions. And it is a great day for unity among the European pilot community,” he said.

The airline averted widespread strikes ahead of Christmas last year by announcing plans to recognize pilots’ unions for the first time in its 32-year history and is talking with unions across Europe on formal recognition.

Chief Executive Michael O’Leary said Ryanair was close to concluding agreements in Spain and Italy, but was struggling in Ireland and in Portugal.