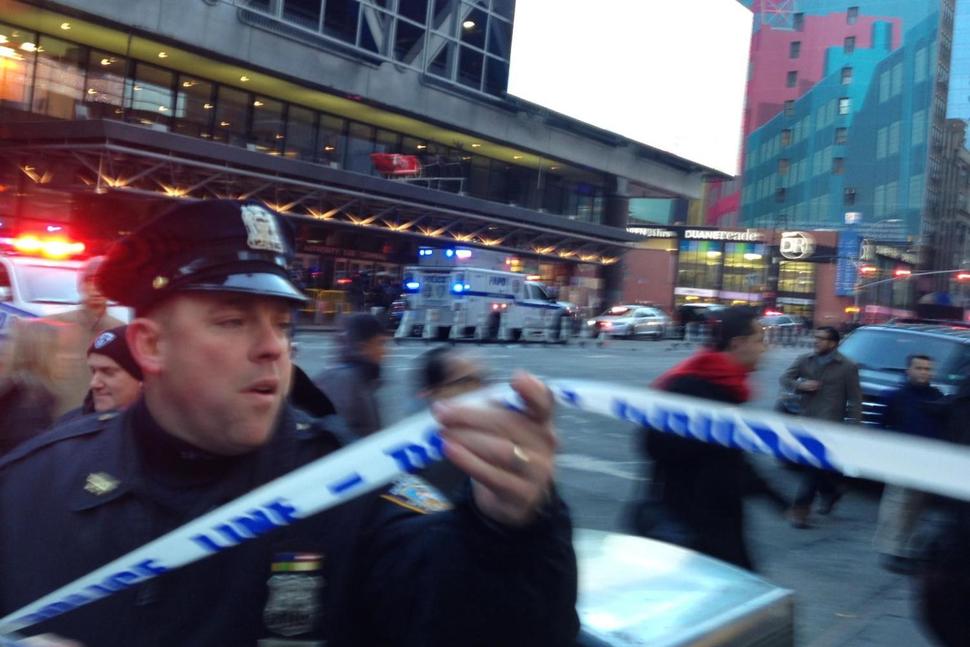 Police Commissioner James O'Neill says the device that exploded in the New York City subway was a terror-related incident.

A 27-year-old man had a crude pipe bomb strapped to him and it went off in a passageway from Seventh and Eighth Avenues near Times Square.

Three people suffered minor life-threatening injuries. The suspect was also injured and was taken into custody.

Mayor Bill de Blasio says the device that exploded in the New York City subway was an attempted terrorist attack. He says it's lucky the suspect didn't achieve his ultimate goals.

Law enforcement officials say he was inspired by the Islamic State, but had apparently not had any direct contact with the terror group.