The People's Liberation Army (PLA) has been conducting frequent training exercises during the Spring Festival holidays, with full participation from the country's army, navy, air and rocket forces. 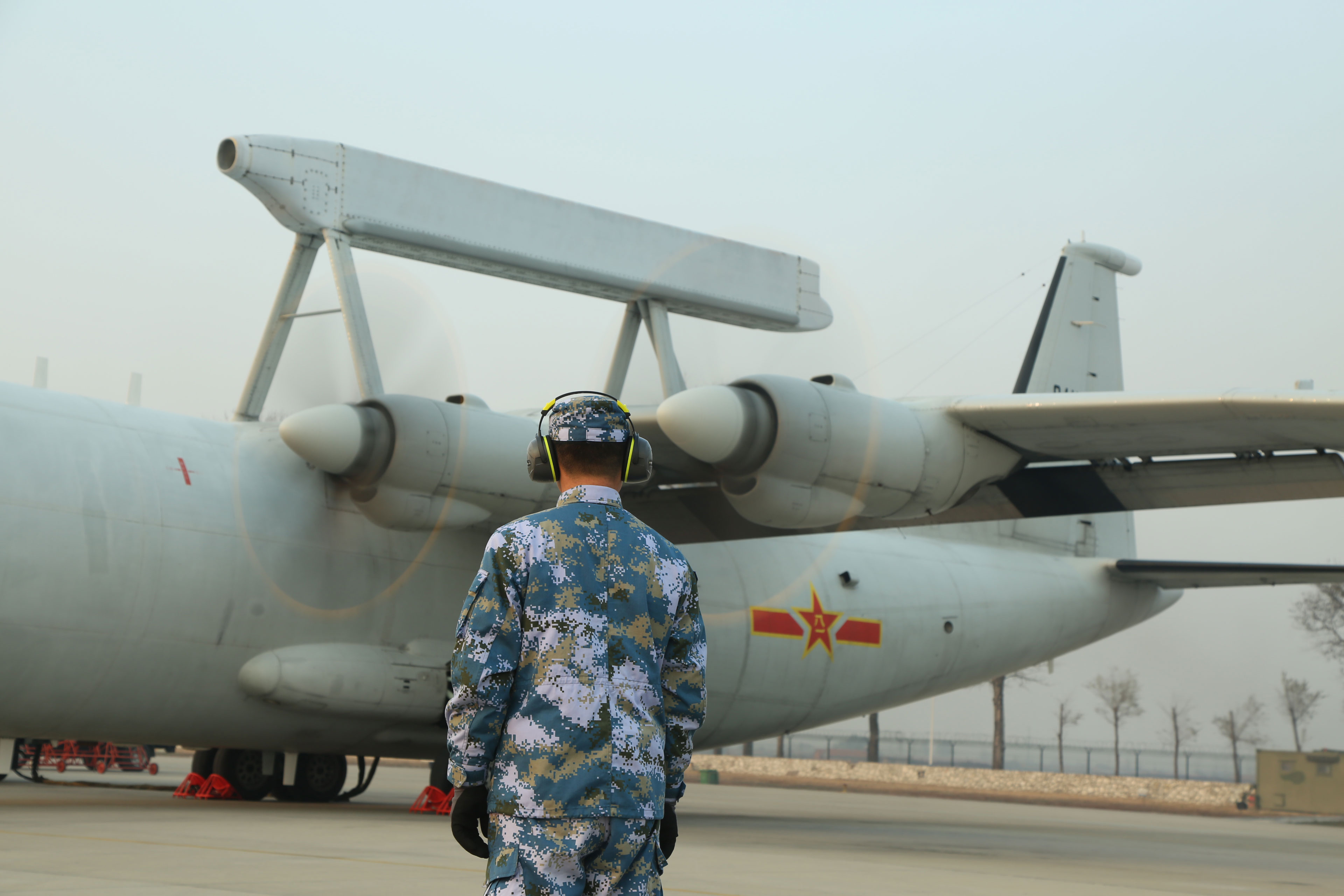 A soldier assigned to a Navy aviation regiment under the PLA Northern Theater Command stands guard as a KJ-200 airborne early warning (AEW) aircraft taxies towards the runway in a military airfield in Jiaodong Peninsula, east China's Shandong province during an air patrol mission in the 2018 Spring Festival holiday. (eng.chinamil.com.cn/Photo by Xing Yun)

News of Chinese fighter jets flying over the high-altitude plateau in western China was released by the PLA recently, which Chinese military specialists say shows that China is upgrading its Western Theater Command in order to confront any potential threat from India. 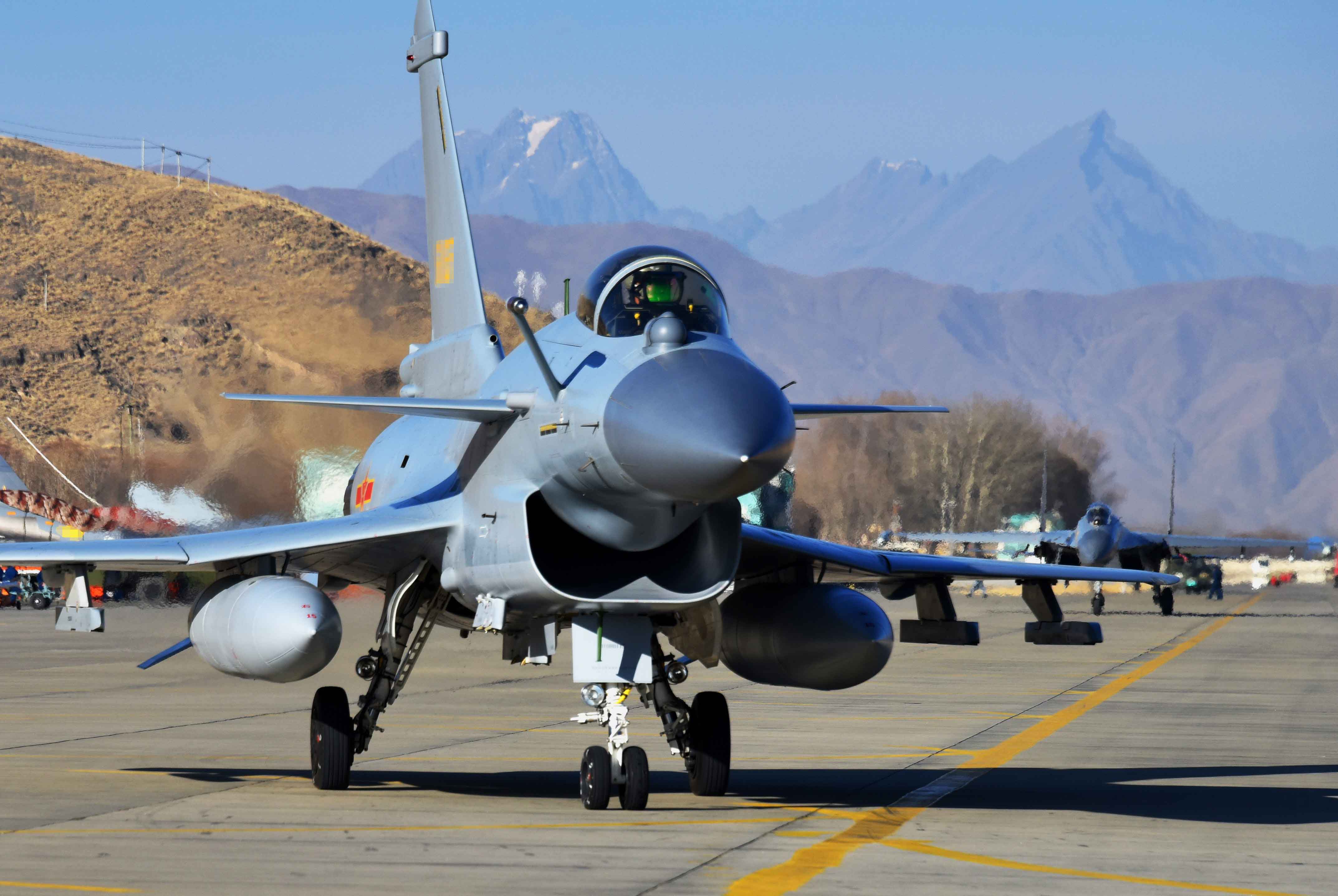 A J-10 fighter jet attached to an aviation brigade of the air force under the PLA Western Theater Command taxies on the runway during an aerial combat training exercise in Western China on Feb.13, 2018. (eng.chinamil.com.cn/Photo by Chen Qingshun)

The jets are attached to an aviation brigade of the air force under the PLA Western Theater Command, the post said.

The Western Theater Command is mainly responsible for mountain warfare at the border area with India. It is significant for China to strengthen its control of airspace over the mountainous region, Song Zhongping, a Chinese military expert and TV commentator, told the Global Times on Tuesday.

"Strengthening the 3.5-generation fighter jets or even stationing more advanced fighters in the Western Theatre Command has been urgent for the PLA," Song said.

He added that such upgrades are usually first made in south and east theatre commands.

Considering that India possesses 3rd-generation fighter jets, China's stationing of its 3.5-generation jets will allow it to deal with any threat from India, said Song. "With India importing new jets, China will continue strengthening its fighter jets in the Western Theatre Command," Song said. 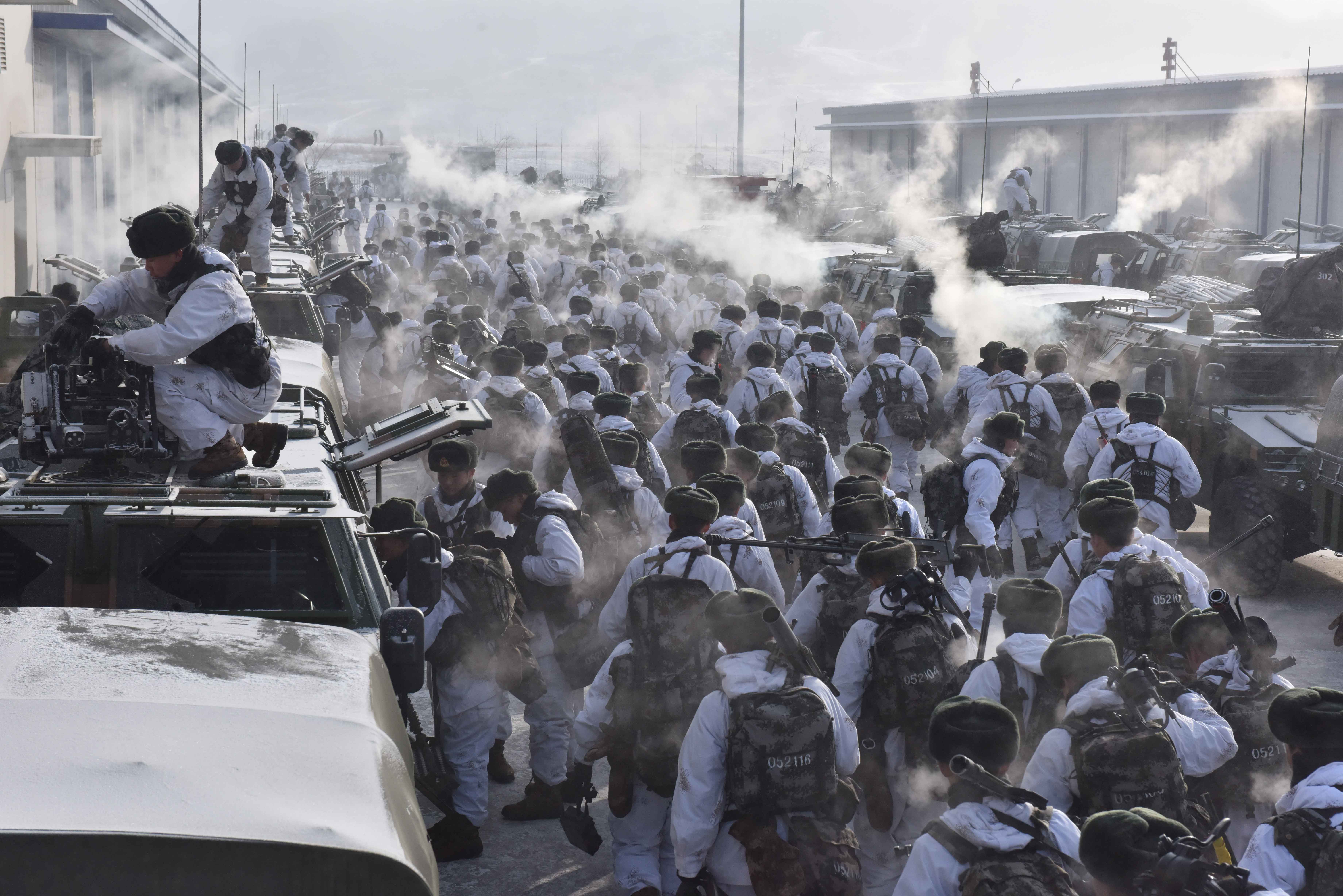 Soldiers assigned to a brigade of the PLA 78th Group Army conduct a combat readiness training exercise in full battle gear in northeastern China on Feb. 15 during the 2018 Spring Festival holiday. (eng.chinamil.com/Photo by Liu Yishan)

The PLA website also reported that the PLA Air Force conducted training at the foot of the Qilian Mountains in Northwest China's Gansu Province, and a navy aviation regiment was on patrol in Jiaodong Peninsula, East China's Shandong Province.

The PLA website said on Monday that the North China Sea Fleet of the PLA Navy on Saturday conducted training exercises in the Yellow Sea.

During Spring Festival, real combat training has been included in patrol, such as submarine ambush, enemy warship attacks and mine clearing and laying, in preparation to face any emergency situation, an officer with the fleet said.

On Saturday, the second day after Spring Festival, the 73rd Group Army garrisoned in East China's Fujian Province organized training to simulate a nuclear leakage, according to the PLA website.

Within 15 minutes, all the devices, facilities and vehicles reacting to the situation were ready to go into action.

China Central Television reported that during the holidays, several brigades of the PLA rocket force conducted multiple training exercises - in snowy forests and in deserts - to improve their real combat capabilities in extreme environments.