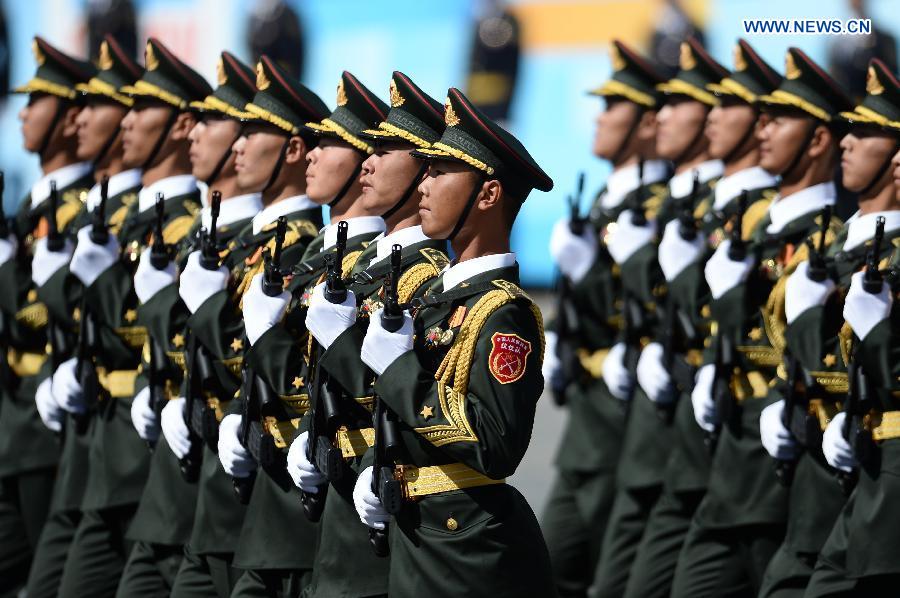 The People's Liberation Army (PLA) ground force's top priority is actual combat readiness, experts said, following the PLA's announcement that it had been selecting and deploying officers based on battle requirements.All of the PLA Army's commanders and political commissars have been reassigned as of November after the PLA streamlined its group armies from 18 to 13 in April, PLA Daily, the military's official newspaper, reported on Saturday.Over 90 percent of military officers from the original group armies and 40 percent from combat brigades have been transferred to help in communication and training, the report said. Along with a military reform, the PLA Army has selected officers according to battle requirements and organized communications among officers on a large scale, the report added. "The reform and changes reflect the PLA Army's shifting focus from management to combat in peacetime, which should be the army's first priority," said Xu Guangyu, a senior adviser of the China Arms Control and Disarmament Association. "Especially after the PLA was regrouped into five theater commands, we need more officers with comprehensive abilities at all levels to implement trans-theater mobility," Xu stressed.These moves also serve to strengthen the PLA as mentioned in the 19th National Congress of the Communist Party of China, Song Zhongping, a military expert and TV commentator, told the Global Times on Sunday. The PLA Army this year has been strengthening communication among military officers in different group armies to train them and select the best ones to enhance the PLA Army's ability to win a war, according to the PLA Daily report.More than one hundred officers at the division and regiment level have been relocated to border regions, islands and highlands with tough conditions, the report said, adding that the PLA Army has chosen tough regions to train military officers. "Enhanced communication among officers is meant to improve their ability to quickly adapt to an unfamiliar environment," Song said. Song pointed out that experiences in tough areas will help senior officers make policies and issue commands that better address real situations and the soldiers' needs. "It was disadvantageous for the army to station officers in one place for a long time," Xu said.More than half of the staff at military schools and research institutes has also been assigned to posts in different places, the PLA Daily report said. The PLA Army will also communicate with the PLA Air Force, PLA Navy and recruit capable persons from outside, according to the report.