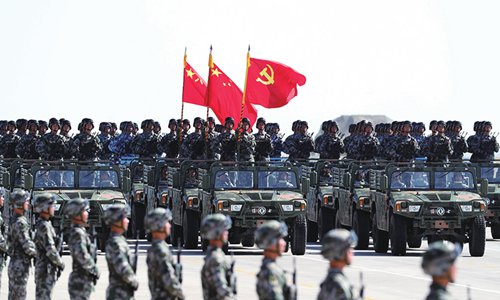 A shipyard in Dalian, a coastal city in Northeast China's Liaoning Province, was surrounded by crowds on April 26 to witness the launch of the country's first domestically built aircraft carrier, Type 001A.When the US sent its aircraft carriers to the Taiwan Strait in the 1990s, Chinese couldn't imagine their country having an aircraft carrier, experts said, but now, in 2017, China has two with another (Type 002) on the way.General Secretary of the Communist Party of China (CPC) Central Committee Xi Jinping declared in his report to the 19th CPC National Congress on October 18 that "We have reached a new historical starting point in strengthening national defense and the armed forces."In 2017, the PLA celebrated the 90th anniversary of its founding and it received a series of "birthday gifts," advanced weapons that strengthen its combat capability. Hardware upgradeApart from the Type 001A aircraft carrier another gift was China's first home-grown 10,000-ton class missile destroyer Type 055 launched on June 28."We can confidently say that, as far as destroyers are concerned, there is no generation gap between China and the US anymore," said Li Jie, a Beijing-based naval expert.The Type 001A is preparing its first mooring test, and the Type 002, far more advanced than the Type 001A, is under construction in Shanghai. 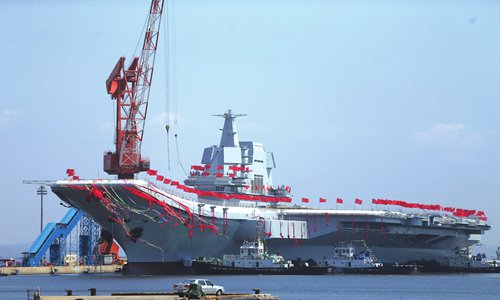 The PLA Air Force refuses to be left behind. China's fifth-generation J-20 stealth fighter jet has begun training with China's biggest transport aircraft, Y-20, and will be capable of mobilizing drones for battle by serving as their control platform in five years. The PLA's achievements are just the beginning. Xi, also the chairman of the CPC Central Military Commission, has drawn a clear path for China's military development. "We will make it our mission to see that by 2035, the modernization of our national defense and our forces is basically completed; and that by the mid-21st century our people's armed forces have been fully transformed into world-class forces," he said in the report at the 19th CPC National Congress.In 2016, then-PLA Air Force commander Ma Xiaotian said that China was developing a new generation long-range strategic bomber. Chinese military analysts call it the H-20, which they believed could match the US B-2 stealth bomber. Some predicted it will appear in 2018's Zhuhai air show. The PLA Rocket Force will receive its "new gift," the DF-41 bomber, as early as the first half of 2018, Xu Guangyu, a retired major general and senior adviser of the China Arms Control and Disarmament Association told the Global Times. 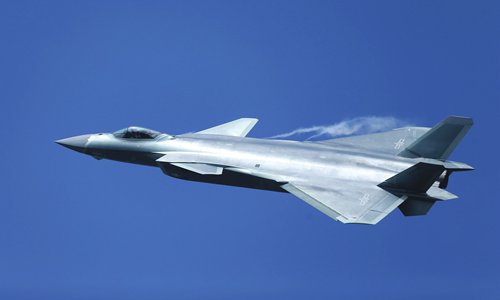 Muscle & soulMuscle, which refers to combat capability, is nothing without soul, said Peng Guangqian, a retired major general and a strategic studies expert at the Academy of Military Sciences. "In the 1950s, we could push the US back to the south of the 38th parallel and our weapons were far worse than the US' at that time.""We will strengthen Party building in the military," Xi said in his report. Peng said, "This is for casting the soul of our military. China has experienced a long period of peace in the past three decades, and unavoidably, we need to prevent our soul from being corrupted."The anti-corruption campaign within the PLA has gained major achievements after the 18th Party National Congress. Many high-ranking corrupt military commanders have been investigated and convicted. In February 2016, the Central Military Commission issued a circular on the termination of military paid services. All military paid services will be terminated by the end of June 2018, the Xinhua News Agency reported. Xi said in the report, "A military is built to fight. Our military must regard combat capability as the criterion to meet in all its work and focus on how to win when it is called on."Combat capability also consists of drills and the command system. Mission training The PLA sent its fleet and aircraft to areas it had never been to before for training including international waters and airspace beyond the First Island Chain. In the past, due to its limited defense budget, PLA training was not enough but now, one-third of the defense budget is used for exercises, said retired major general Xu. "That's why China will be able to frequently send aircraft and fleets to far areas," he said. "Although we don't seek to gain combat experience through launching wars, we can do it through participating in UN peacekeeping missions, anti-piracy missions and joint counter-terrorism operations overseas." Overseas military presences are important for protecting overseas interests, a new mission for the PLA as China's national interests spread globally, experts say. "There are also dangers of military conflict. That's why we need to keep our muscle strong," Xu noted. "The Doklam standoff and Korean Peninsula crises in 2017 have reminded us that the threat of war to our country is not that far away," he said. "Taiwan's secessionist activity also needs PLA attention."No one should underestimate China's determination to use military force when necessary, Peng said. "A key reason why we gained a diplomatic victory in the South China Sea is the strong support of military power," he said. "In the new era, we will not hesitate to use the military together with diplomatic efforts to protect our sovereignty and interests."