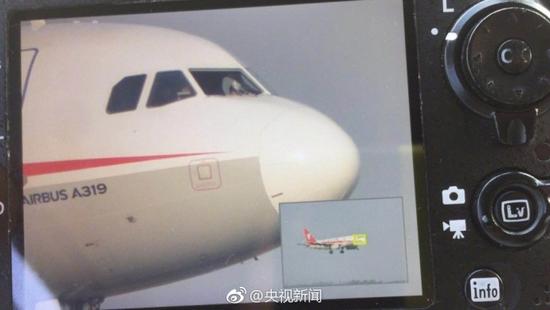 A Chinese commercial flight was forced to divert to an alternate airport after a mechanical failure, authorities confirmed Monday.

Flight 3U8633, operated by Sichuan Airlines, was en route from southwest China's Chongqing Municipality to Lhasa, capital of Tibet Autonomous Region. It was forced to divert to Chengdu, capital of Sichuan Province.

Posts from the Civil Aviation Administration of China (CAAC) on microblogging site Sina Weibo said that  part of the cockpit window broke as the Airbus A319 flew over Chengdu. The aircrew enacted emergency code 7700 and landed in Chengdu. Two crew members were injured in the incident, according to Weibo posts.

Sichuan Airlines confirmed the diversion, and said that an investigation is under way. The plane landed in Chengdu at 7:42 a.m. on Monday.

There were 119 passengers and nine crew members on board, according to the airline.