HEADLINE Plane with 71 aboard crashes near Moscow

Plane with 71 aboard crashes near Moscow 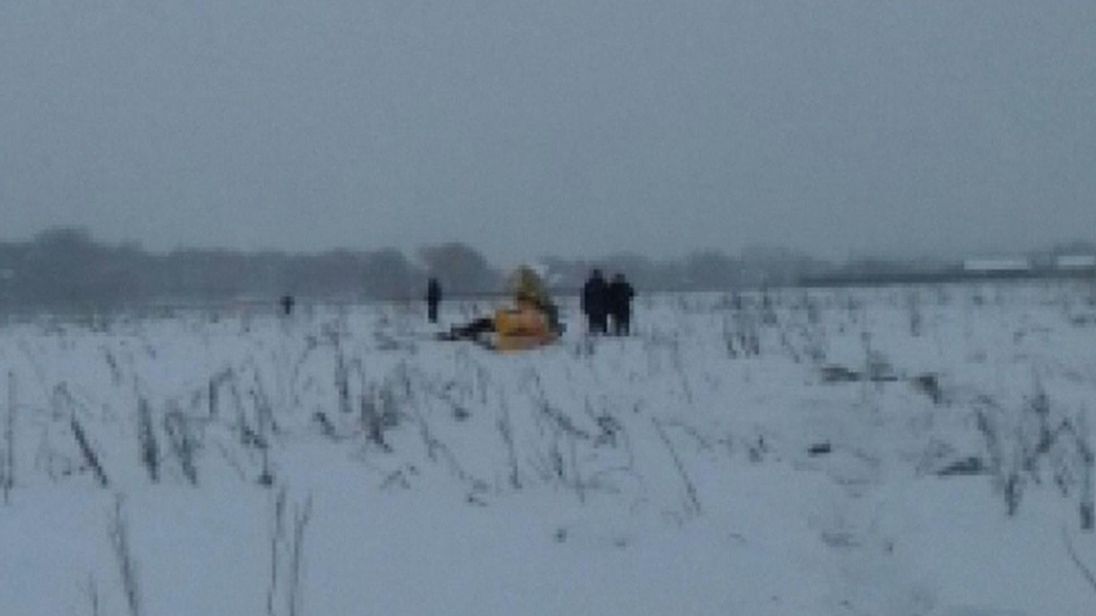 The plane crashed with 71 people on board near Moscow (Photo: Sky News)

Russia's Emergencies Ministry says a passenger plane has crashed near Moscow and fragments of it have been found.

The An-148 regional jet disappeared from radar screens shortly after takeoff from Moscow's Domodedovo Airport on Sunday afternoon. News reports said 71 people — 65 passengers and six crew — were aboard the plane heading for the city of Orsk, about 1,500 kilometers (1,000 miles) southeast of Moscow.

The Tass news agency says the plane fragments were found in the Ramenskoye area about 40 kilometers (25 miles) from the airport.