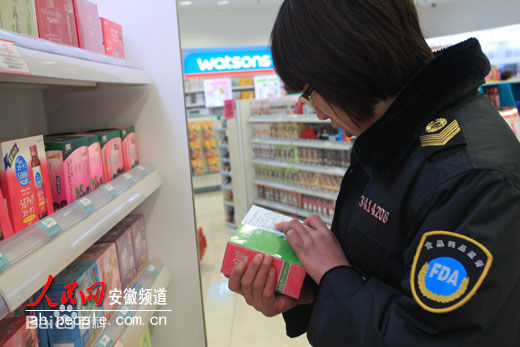 The case of a Guangzhou-based doctor who called a popular Chinese medicinal liquor "poison" was recently transferred to a prosecution organ in North China's Inner Mongolia, authorities said on Sunday, after the case sparked controversy on the local public security's abuses.

The doctor, Tan Qindong, 39, wrote an article in December 2017, claiming that "Hongmao medicinal liquor is poison" and since January 2018, has been detained by the public security bureau in Liangcheng county, where the medicinal liquor is based, Beijing Youth Daily reported on Sunday.

On Sunday, a statement released by the Liangcheng public security bureau said that there is enough evidence to prove that Tan's behavior damaged the company's reputation.

Fake online comments and information have led customers to return products and seek compensation, which has hurt the business of the Hongmao medicinal liquor company, the statement reads.

According to Hongxing News, the Hongmao medicinal liquor company, based in Liangcheng county, Inner Mongolia, claimed that its business started in 1739 during the Qing Dynasty. It said its medicinal liquor is on sale in more than 100,000 pharmacies across the country.

Before Tan's accusation, the food and drug agencies of 25 province and regions in recent 10 years said the advertisements of Hongmao medicinal liquor were "illegal,"  and 10 provinces have ordered that the company suspend its sales, news.ifeng.com reported.

Regardless of the quality of the liquor, the fact that authorities in Liangcheng county arrested Tan in Guangdong has triggered heated discussions.

A commentary released on news.ifeng.com on Sunday said that "cases of local public security authorities arresting those who criticize local companies are not unusual. Not all the cases involve an 'abuse of power' or 'making the public security bureaus become enterprises' housekeeper."

"It should be more prudent in using the power of the public security authority when it comes to civil cases," read the Sunday commentary.

Tan ran a medical company and was a doctor at the Third Affiliated Hospital of Southern Medical University, Hongxing News reported.

Tan's attorney Hu Dingfeng said that Tan insisted that his article is accurate and related information can be found in professional medical magazines and websites. Hu said Tan's behavior deserves criticism but is not criminal offense, Beijing Youth Daily reported.

The company has made no comment as of press time.