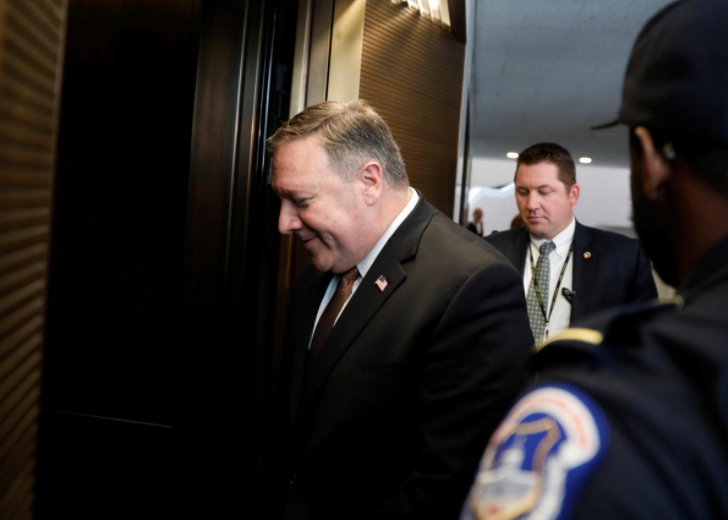 The top Democrat on the US Senate Foreign Relations Committee said on Wednesday he will oppose President Donald Trump’s nomination of Mike Pompeo as secretary of state, making it unlikely he will have the committee’s backing before the full Senate votes.

Senator Robert Menendez criticized the Trump administration, and CIA chief Pompeo in particular, for lacking a strategic vision across the foreign policy spectrum. He also criticized Pompeo for failing to disclose his recent trip to North Korea in meetings with lawmakers.

“Which is why ... I’ll be casting a ‘no’ vote for Director Pompeo to be our secretary of state,” he said

Pompeo, currently director of the Central Intelligence Agency, can still be confirmed by the full Senate without the committee’s support.

However, he would be the first secretary of state nominee, at least since such votes were made public in 1925, not to win the panel’s backing. His supporters say they expect that at best he would be confirmed by a narrow margin by the full Senate.Senator Ben Cardin, another senior Democrat on the committee, also announced his opposition on Wednesday.

If Pompeo were to win strong bipartisan support in the Foreign Relations Committee and full Senate, it would send a message to the world that Trump’s new top diplomat had the support of Congress as well as the president, supporters say.

Opponents think Pompeo is too hawkish and too ideologically conservative - he opposes gay marriage and has had ties to anti-Muslim organizations - to represent the country on the world stage.

Republicans who back him accuse Democrats of playing politics at time when the country needs a secretary of state to deal with such crises as North Korea and Syria.

Menendez said Pompeo did not tell him about his recently disclosed visit to North Korea despite discussing the topic during a meeting.

The senator said the nominee also was not forthcoming when questioned about the federal investigation into whether the Trump campaign colluded with Russia to sway the 2016 presidential election.

One Republican on Foreign Relations, Senator Rand Paul, opposes Pompeo, so the nominee would need at least one Democrat to get a majority of votes on the committee, which has 11 Republicans and 10 Democrats.

Nine of the 10 Democrats have announced they oppose Pompeo. The tenth, Senator Chris Coons, is still undecided.

Pompeo had more meetings in Congress on Wednesday, including one with Senator Mark Warner, the top Democrat on the Intelligence Committee, a Warner aide said.

Trump nominated Pompeo, who has developed a rapport with the president while leading the CIA, as secretary of state last month when he abruptly fired Tillerson, the former Exxon Mobil chief executive officer.