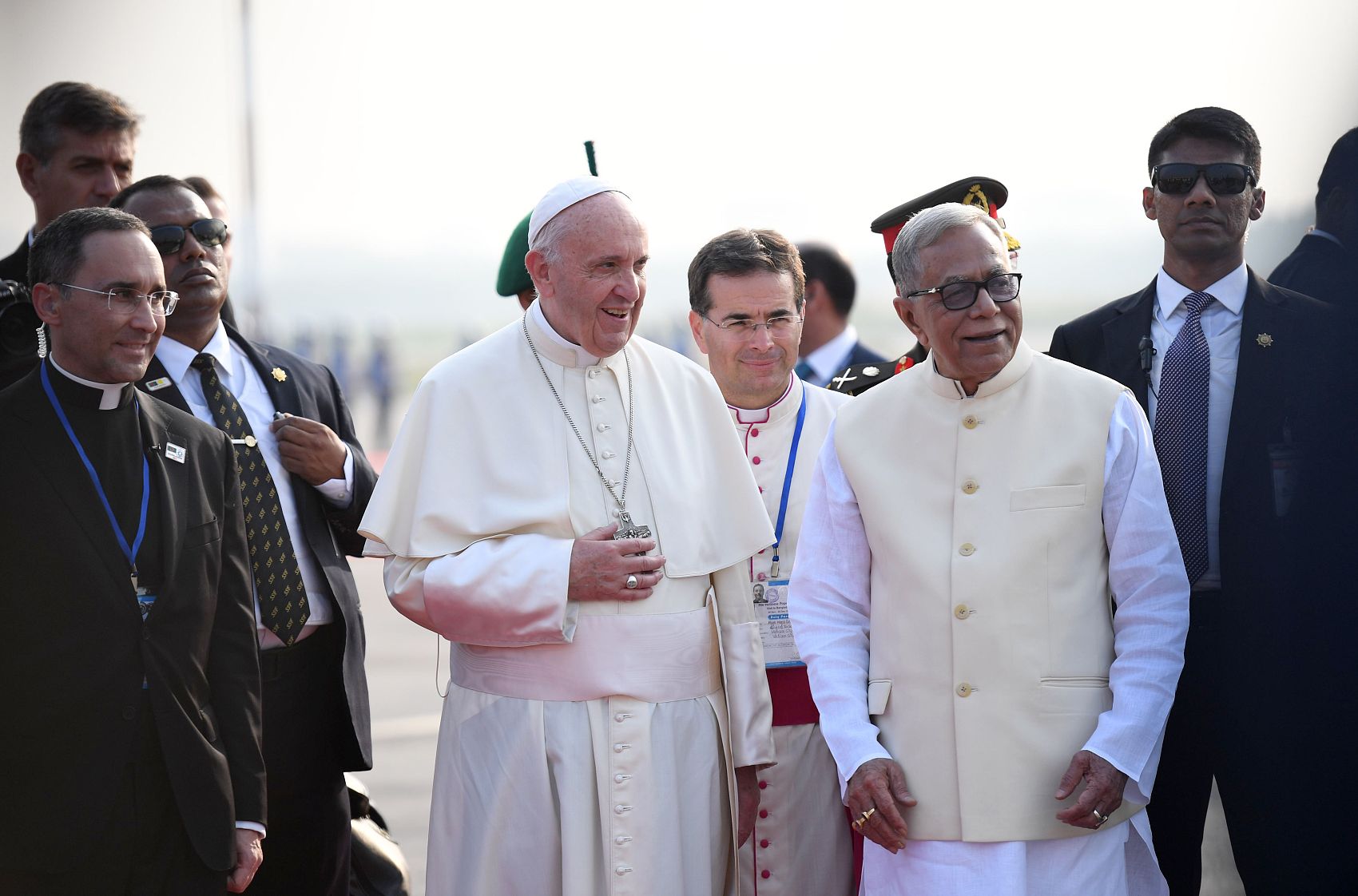 Pope Francis (C-L) is met by Bngladesh President Abdul Hamid (C-R) after arriving at the airport in Dhaka on November 30. (Photo: VCG)

A portrait of Pope Francis displayed along a route the Pope is expected to take during his visit, in Dhaka, Bangladesh, Nov. 30. (Photo: AP)

Pope Francis has arrived in Bangladesh for the second leg of his six-day trip to Asia amid tight airport security.

Huge banners with pictures of the pope and Bangladeshi Prime Minister Sheikh Hasina have been put up around the city and St. Mary's Cathedral is decorated with lights in preparation for his three-day trip to the Muslim majority nation starting Thursday.

A Christian priest went missing in northern Bangladesh on Tuesday, and his family reported they got calls demanding money. Police say they are looking for the man but would not confirm if it was a kidnapping.

Francis arrived from Myanmar, where he refrained from speaking out about the Rohingya Muslim crisis out of diplomatic deference to his hosts, who consider the Rohingya as having illegally migrated from Bangladesh.