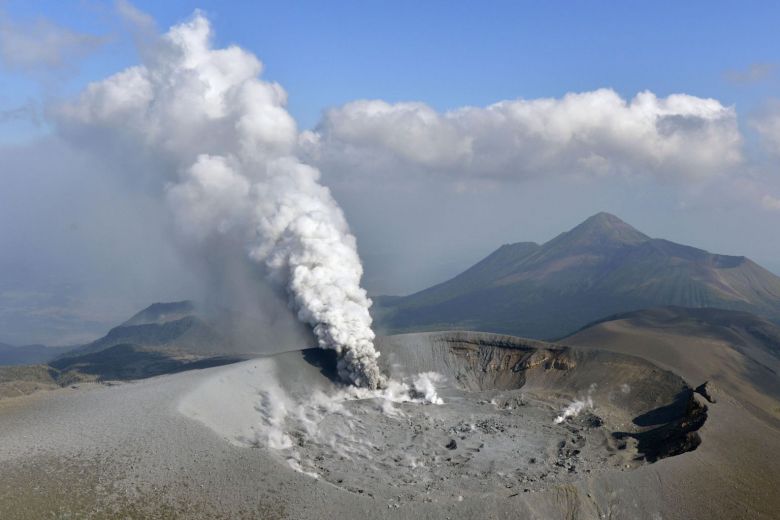 According to the JMA, the powerful eruptions at Mt. Shinmoe, which straddles Kagoshima and Miyazaki prefectures, occurred from around 7: 30 a.m. local time.

The volcano was seen spewing plumes of smoke and volcanic ash as high as 3,200 meters into the air from its crater.

The JMA also confirmed for the first time a small pyroclastic flow occurred with an eruption at 8:45 a.m. local time, extending 800 meters from the west side of the crater.

The agency has maintained its warning at level 3 out of a maximum of 5 and is warning people to stay away from the mountain and be careful of flying volcanic rocks within a radius of three km from the volcano's crater and pyroclastic flows within two km from the crater.

Prior to Sunday's eruption, the 1,421-meter high volcano, located in the Kirishima mountain range, had multiple violent eruptions between March 6 and 15.

There was a smaller eruption of Mt. Shinmoe on March 1 this year and the volcano previously erupted five months ago in October last year.

Prior to that, Mt. Shinmoe last erupted in January 2011 and October 2017, with the latter eruption seeing volcanic ash spewed 2,300 meters above the crater.