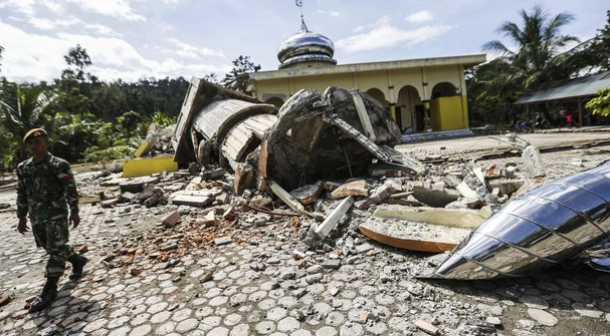 An earthquake measuring 6.4 on the Richter scale jolted 214 km NW of Saumlaki, Indonesia at 20:14:47 GMT on Sunday, the US Geological Survey said.

The quake struck at 3:14 a.m. Jakarta time Monday with epicenter at 189 km northwest Maluku Tenggara Barat of the province and depth at 169 km under sea bed, official of the agency Yusuf Moktarali revealed.

"However, this quake is not potential for triggering tsunami, so we did not issue a warning," he told Xinhua by phone.

Indonesia is prone to earthquake as it lies on a vulnerable area of so-called "the Pacific Ring of Fire."