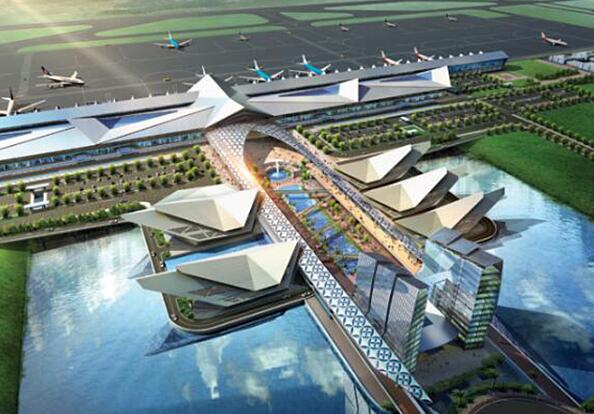 BANGKOK (People's Daily) – The preparation work of constructing a new international airport funded by China in Siem Reap, Cambodia, has begun this week, and the first phase of the project will be finished in 2021.

Angkor Wat, a World Cultural Heritage site and Cambodia’s most famous tourist site, is only five kilometers away from the current Siem Reap International Airport. The annual throughput volume of the current airport is near 4 million passengers, and the number increases at a high rate.

However, in order to protect Angkor Wat from aircraft noise, the only runway at the airport is limited to single-side takeoff and landing, which has greatly limited its future development.

China’s Yunnan Investment Group signed the build-operate-transfer (BOT) agreement with Cambodian government in October, 2016. The agreement gave Chinese company the exclusive right to run and manage the airport concession for 55 years, including a 5-year construction period, under the BOT scheme, and then transfer the airport to Cambodian government. The whole investment in the project is about $1 billion.

Lu told the People’s Daily that Chinese standards in design, construction as well as management will be fully adopted by this new airport. The airport will be the largest and most modern one in this fast-developing Southeast Asian country when put into operation.

Chhay Sivlin, president of the Cambodia Association of Travel Agents, said that the new airport in Siem Reap will be good for the tourism industry.

"This airport will surely attract more tourists than before, and will be able to welcome jumbo-sized planes,”local media Khmer Times reported.