President Xi Jinping’s state visit to Vietnam concluded on November 13 where he met with General Secretary of the Communist Party of Vietnam, Nguyen Phu Trong.

During their meeting, President Xi, who is also the General Secretary of the Communist Party of China, gave his Vietnamese counterpart original newspapers published by the People's Daily on the late Vietnamese President Ho Chi Minh's visit to China from 1955 and issues from when Trong visited China in January 2017.

The two leaders had breakfast together and had tea at Ho Chin Minh’s former home. The occasion marked President Xi’s second visit to the late Vietnamese leader’s home.

Trong arrives ahead of schedule

Trong held his meeting with President Xi in high regard. He arrived at 9:42 am on Mango Cruises and confirmed details of the reception with others who were there. Approximately 15 minutes later, President Xi's motorcade arrived where he was welcomed by Trong.

The two leaders visited with one another while taking a casual stroll.

Feed fish just as how Ho Chi Minh did

“The mangos along the road were planted by Ho Chi Minh. He used to practice Tai Chi under the guidance of a Chinese coach,” said Trong.

Before the Ban Sao Nak is a pond, where the late Vietnamese leader usually came in the morning and evening to feed the fish. Every time he would clap or wave his hands to the fish before feeding them. Trong and Xi followed Ho’s example, clapping their hands to attract fish.

The People's Daily is an official newspaper of CPC, which has witnessed the continuous friendship between two communist parties of China and Vietnam. President Xi presented two sets of People's Daily newspapers as a national gift to his Vietnamese counterpart; one is the People's Daily published in 1955 which carried reports of Ho Chi Minh's visit to China, while the other was published in January when Trong paid a visit to Beijing. 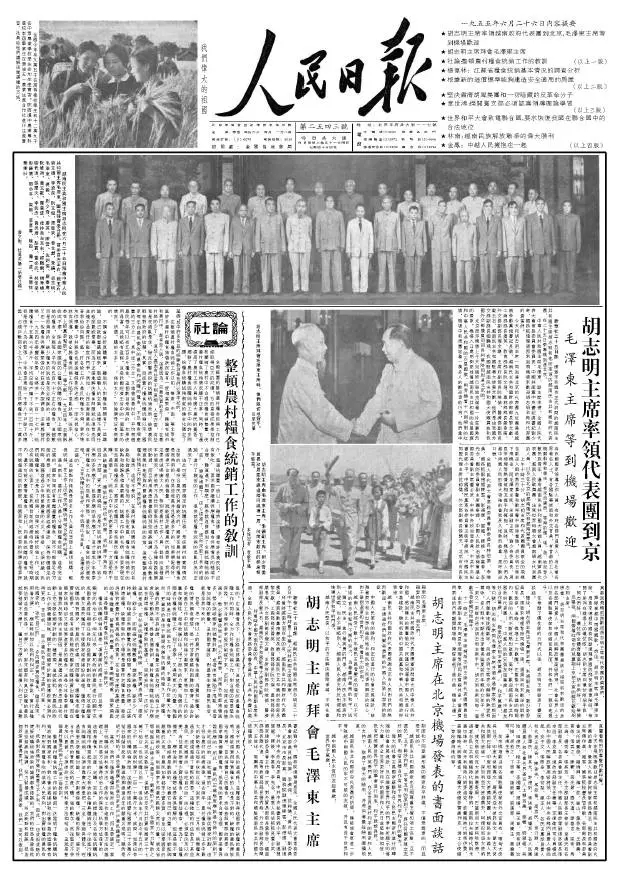 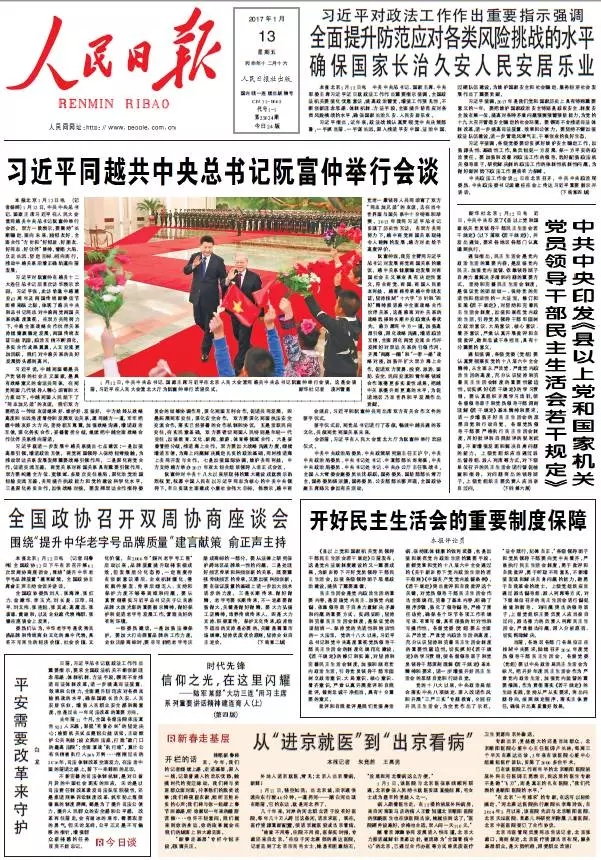 The two leaders shook hands and Trong gave Xi a big hug before he left. 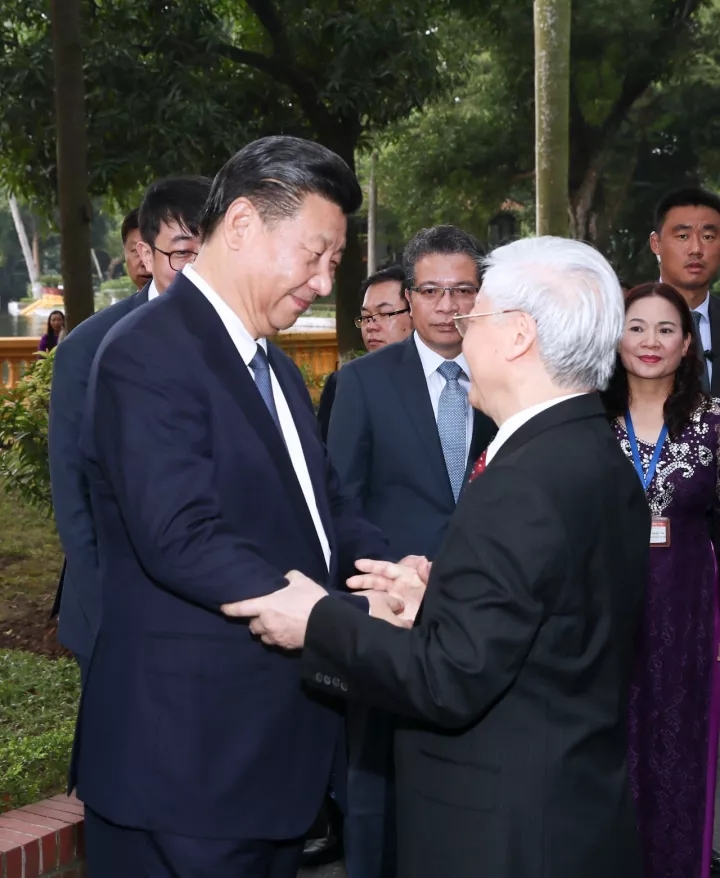