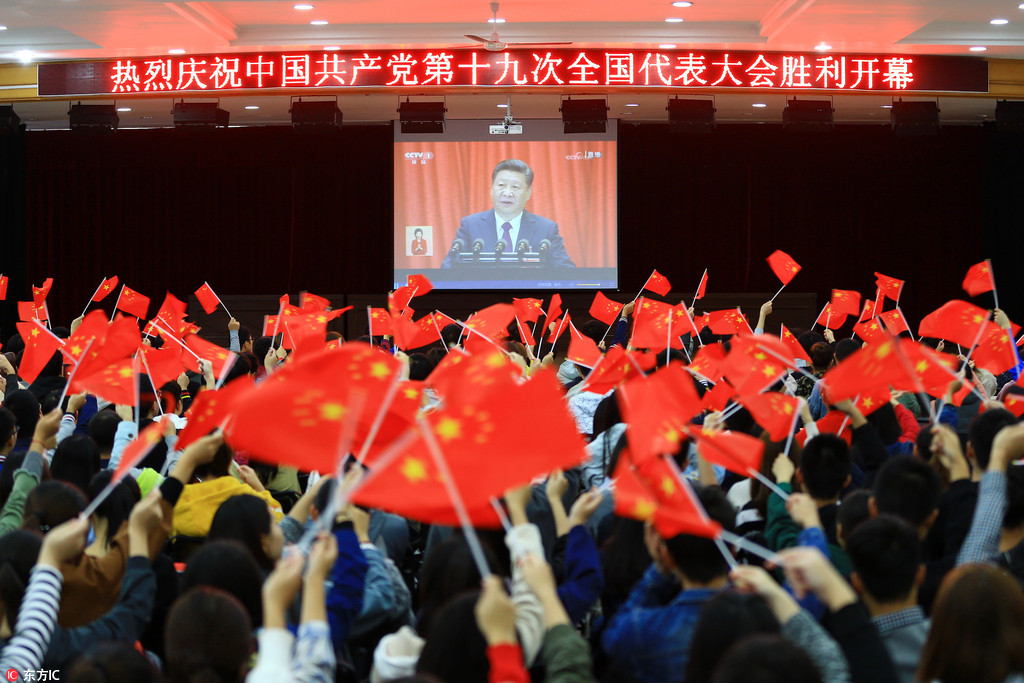 The Chinese Communists mainly represented by President Xi Jinping have created Xi Jinping Thought on Socialism with Chinese Characteristics for a New Era. The Thought is the soul running throughout the report delivered at the opening of the 19th CPC National Congress. It has embarked on a "new era" for Socialism with Chinese Characteristics, integrated the "new mission" for CPC and started a "new journey" for comprehensively building a great and modern socialist country.

Theoretical innovation is of utmost importance in the report, which served as the realm of the new thought. The Thought builds on and further enriches Marxism-Leninism, Mao Zedong Thought, Deng Xiaoping Theory, the Theory of Three Represents, and the Scientific Outlook on Development.

This important thought represents the latest achievement in adapting Marxism to the Chinese context, and is an important component of the system of theories of socialism with Chinese characteristics.

In the last five years, China underwent historical reforms and made great achievements thanks to the guidance of a new way of thinking.

It is this new way of thinking that brings the understanding of socialism with Chinese characteristics to a new height. When the tenets of such modern thought are applied, a nation can carry out comprehensive and deeper reforms, while promoting economic, political, cultural, social, and ecological development.

Also guided by the new thinking, China devotes itself to implementing the Four Comprehensives, while building a stronger army and achieving major-country diplomacy forged with distinct Chinese features in order to move forward with new type of international relations.

As a result, the CPC is equipped with the tools to lead people to achieve victory in today's rapidly changing environment.

"China will become a great country, in every aspect," said Xi, when stressing the historical responsibilities shouldered by CPC members.

More than one century ago, some people hold the view that China’s backwardness was mainly due to the country’s outdated technology, system and mindset. However, China now contributes an average of 30 percent to global economic growth, having surpassed the total growth rate of the US, the Euro zone and Japan.

Meanwhile, in the past five years, Xi's policy has not only inspired historical changes in China, but has captured worldwide attention for its profound thinking and political wisdom.

The book "Xi Jinping: The Governance of China" has sold 6.42 million copies in 21 languages in more than 160 countries and regions, making it one of the most influential works by a nation's leader.

A few days ago, the producer of the Discovery’s documentary "China: Time of Xi" stated that policies made by President Xi Jinping in the past five years have shown innovation based on previous thoughts, which have made a new milestone in Chinese history.

The Thought not only explains why China has become strong, but offers Chinese solutions to global challenges.