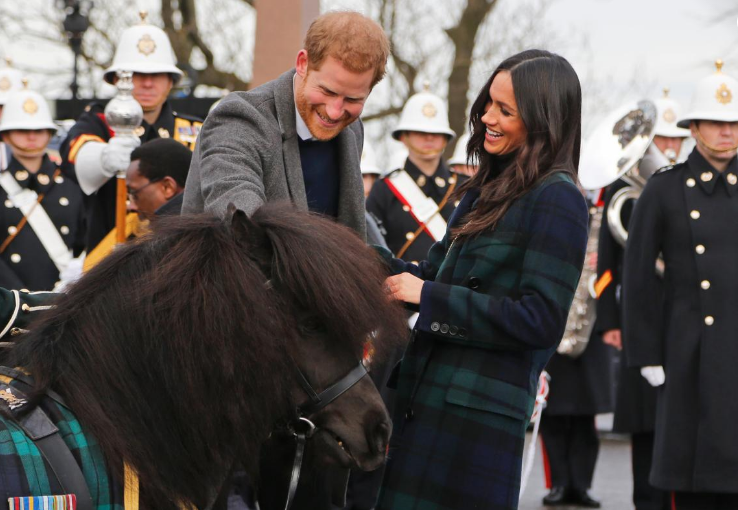 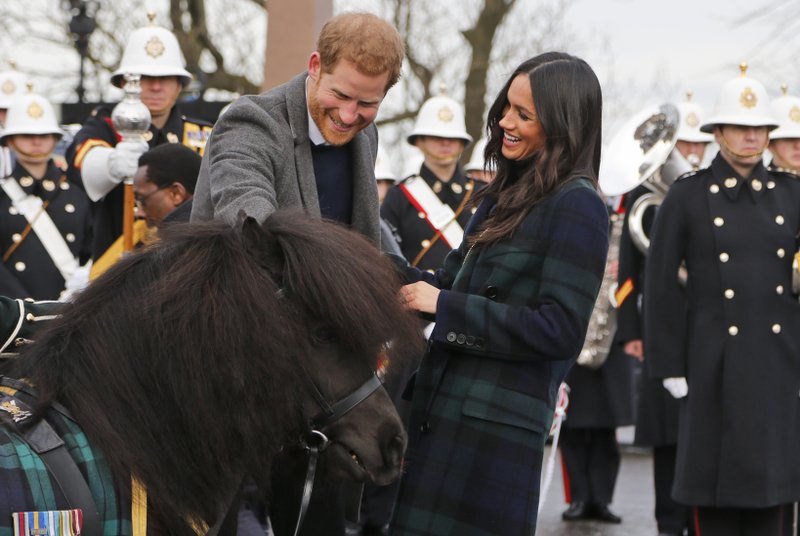 Prince Harry and fiancee Meghan Markle are continuing their pre-wedding tour of Britain with a trip to Scotland.

Hundreds of well-wishers greeted the couple Tuesday in a cold and windy Edinburgh, including one besotted man who implored Markle to choose him instead of the prince.

The visit began with a stop at Edinburgh Castle, one of Scotland’s most famous landmarks.

The fashionable Markle wore a tartan coat by Burberry to honor the plaid for which Scotland is known.

It was the couple’s fourth official engagement together as Harry introduces Markle to various parts of Britain.

They plan to meet members of the public and with various organizations involved in community work.

The American actress and Harry are set to marry at Windsor Castle on May 19.