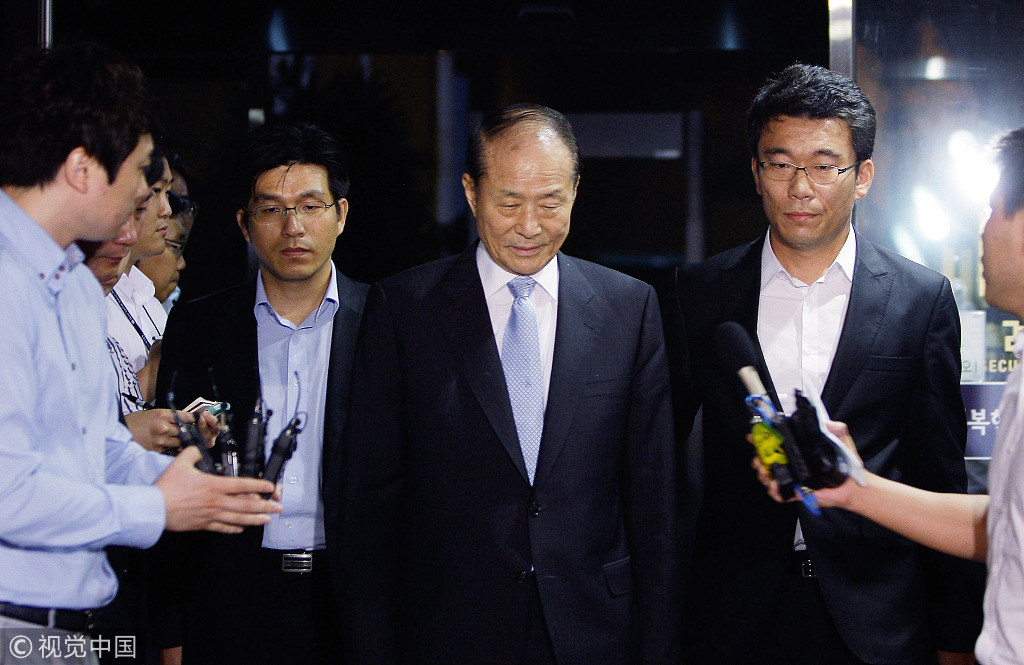 Lee Sang-deuk, 82 – who was seen as highly influential during his younger brother's time in office – is suspected of receiving hundreds of millions of won from the National Intelligence Service (NIS), Yonhap news agency reported.

Investigators from the Seoul Central District Prosecutors' Office searched the elder brother's home and office and confiscated documents and computer hard drives, according to Yonhap.

Lee Sang-deuk, a former lawmaker, was found guilty of corruption in a separate case in 2013 and served 14 months in jail.

The raid comes as part of a widening probe into illicit transfers of funds between the presidential office and the spy agency during the administrations of Lee and his ousted successor Park Geun-hye, both of them conservatives.

Lee, who stepped down at the end of his single five-year term in 2013, denounced the probe as a "political revenge" last week after two of his closest aides were arrested for allegedly taking bribes from the NIS.

South Korea has a pattern of investigating its former leaders once their political opponents take office.

Park, who was impeached last year, is currently on trial for corruption and abuse of power and prosecutors this month added two new charges – bribery and embezzlement – to her 18-count corruption indictment, accusing her of accepting 3.65 billion won ($3.4 million) from the spy agency while she was in office.

Top: Lee Sang-deuk, President Lee Myung-bak's elder brother (center), is escorted by investigation officers as he is transferred to a detention house from the prosecutor's office on July 10, 2012 in Seoul, South Korea. (Photo: VCG)