Putin, in Iran for talks, offers support for nuclear deal 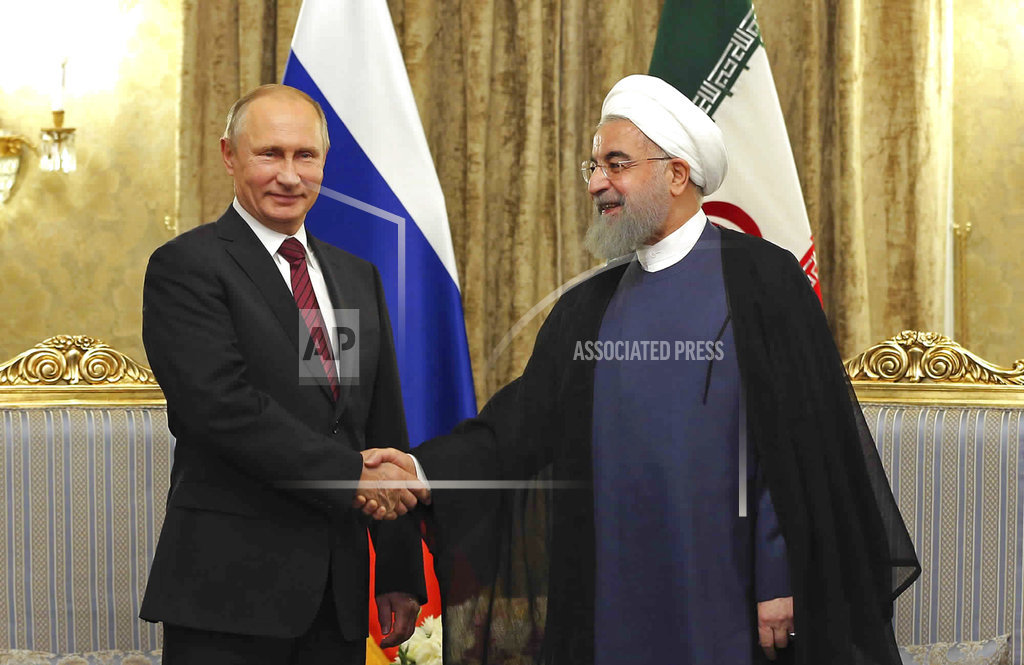 Russian President Vladimir Putin, in Iran on Wednesday for trilateral talks with Tehran and Azerbaijan, offered his support to the Islamic Republic's nuclear deal under threat by President Donald Trump's refusal to re-certify the accord.

The talks in Tehran are to focus on regional matters, as well as terrorism and security issues. The three countries all share the Caspian Sea and railway and road projects are expected to be discussed at their meeting as well.

However, the nuclear deal came up during Putin's meeting with Iranian President Hassan Rouhani.

"The lack of acceptance of international commitments by some countries is not acceptable," Putin said, according to Iran's presidency, in a reference to Trump's move.

"Unilateral dismantling of the nuclear deal under any excuse is not acceptable," Putin said.

"Iranian and Russian cooperation has had a great impact in fighting terrorism in the region," Rouhani said. "The joint cooperation and consultations are very important in the final stages too."

Putin also met Iran's supreme leader, Ayatollah Ali Khamenei, who has final say on all state matters. Details of that meeting were not immediately publicized.

Putin landed at Tehran's Mehrabad International Airport on Wednesday afternoon for the one-day meeting. It's his third visit to Iran after previously making trips in November 2015 and in 2007.

Russia also has helped Iran's nuclear power program, taking part in construction of two more nuclear power reactors in the southern port city of Bushehr, home of the first Iran's nuclear power plant that went online in 2011 with Moscow's assistance. The project is estimated to cost some $8.5 billion, with each reactor producing 1,057 megawatts of electricity.

Moscow has stood by Tehran as well while Trump has refused to re-certify the nuclear deal between Iran and world powers including Russia. The other parties to the accord — Britain, China, France, Germany and the European Union — also have all urged Trump to stay in the deal.

Tehran-based political analyst Saeed Leilaz said Putin's visit to Tehran also can lead to more investment in the oil industry and other infrastructure projects that "may encourage European and Chinese and even American companies to enter Iranian market."