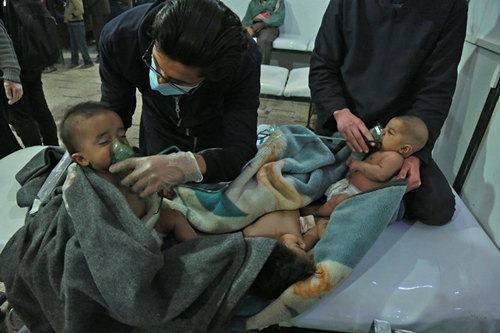 "On the instructions of the Russian president, with the goal of avoiding civilian casualties in Eastern Ghouta, from February 27 -- tomorrow -- from 9:00 to 14:00 there will be a humanitarian pause," minister Sergei Shoigu said at a ministry meeting, according to a statement sent to AFP.

He said there should be similar pauses in the southern Al-Tanf border region and Rukban, near the Jordanian border, "so that civilians can return to their homes unhindered and begin to rebuild their civilian lives."

More than 520 civilians are thought to have died in a week of heavy bombardment in Eastern Ghouta, just outside Damascus.

The UN Security Council on Saturday unanimously demanded a 30-day truce in Syria.