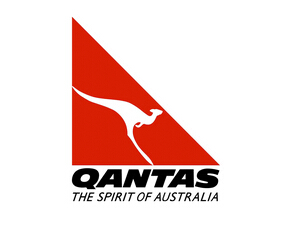 The airline said Tuesday it was amending an "oversight", following in the footsteps of several other international corporations who were in the past week called out by Chinese authorities.

"Due to an oversight, some Chinese territories were incorrectly listed as 'countries' on parts of our website," a Qantas spokesperson told AFP. "We are correcting this error."

Shanghai's cyberspace authority last week sent a stern message to international firms when it ordered Marriott to shut down its Chinese website for a week and amend what it termed the "illegal" categorisation of regions Beijing claims under its authority.

The firms were urged to "immediately alter their illegal content and publish apologies".

They have since apologised and changed their websites.

In a separate rebuke, the Civil Aviation Administration of China noted in an online statement that Tibet and Taiwan were listed as countries on Delta's official website.

The airline issued a public apology and amended its classification of the regions.

The backlash was triggered on Chinese social media after Marriott established a customer questionnaire in Mandarin asking members of the hotel chain's rewards programme to list their country of residence, offering Tibet, Hong Kong, Macau, and Taiwan as possible options.

This drew the ire of authorities as Tibet is an "autonomous region" firmly under Chinese control since the 1950s.

Hong Kong and Macau are former British and Portuguese colonies, respectively, that are now "special administrative regions" of China.