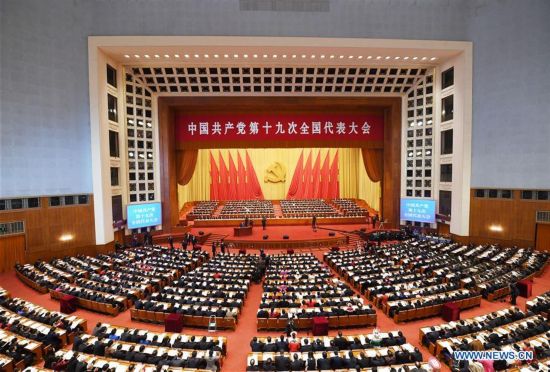 The ongoing 19th National Congress of the Communist Party of China (CPC), a landmark event in the history of the ruling party of the world's largest developing country, has attracted keen attention from across the globe.

The following is a selection of quotes by foreign leaders and observers on the leadership of Chinese President Xi Jinping, who is also general secretary of the 18th CPC Central Committee.

Macky Sall, president of Senegal and leader of the Alliance for the Republic-Yakaar:

Under the strong leadership of Chinese President Xi Jinping, China has achieved economic development brimming with vitality and it has also played a significant role in the global arena.

Dragan Covic, president of the Croatian Democratic Union of Bosnia and Herzegovina (BiH) and rotating chairman of the Presidency of BiH:

The development concepts and strategies put forward by Xi have guided China to become an important force in the global arena.

Efrain Cepeda, president of the Congress of Colombia:

China has opened up new prospects under the leadership of General Secretary Xi Jinping.

Alicia Barcena, executive secretary of the UN's Economic Commission for Latin America and the Caribbean:

"I have been greatly impressed by what President Xi Jinping has done in these five years, placing a great emphasis on the fight against corruption and against poverty."

"As the president of China, Xi is appropriately leading China in the regional and international arenas. Under the dynamic leadership of His Excellency Xi, the positive influence of China has been increased dramatically."

Under the staunch leadership of Xi, China is steadily advancing toward building a moderately prosperous society and playing the role of a responsible major country in the international community.

Xi's credibility and commitment to people-oriented development have paved the foundations to develop confidence within the party and within the people of China.

"Seeing how a population of about 1.4 billion is governed, how the country is able to achieve all this development in 30 years ... we could only hail the role played by the Communist Party of China and the Chinese president who leads this experience."