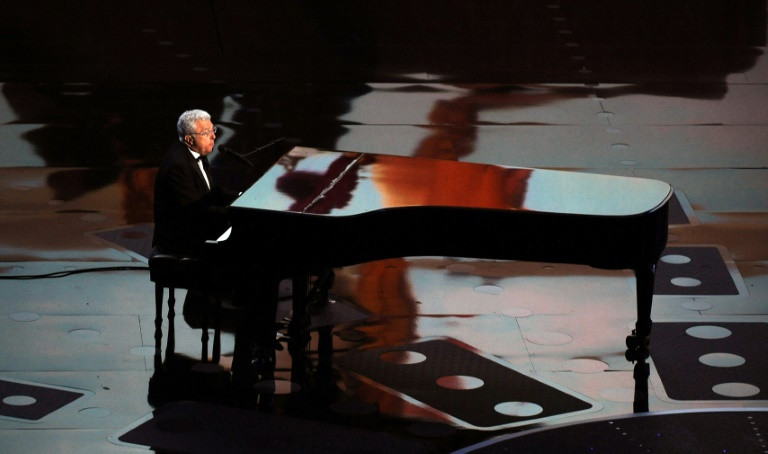 Sardonic songwriter Randy Newman on Sunday picked up his latest Grammy for a sarcastic tune about Russian President Vladimir Putin.

Newman won in the relatively obscure category of Best Arrangement, Instruments and Vocals for "Putin," released amid rising US focus on the Russian leader over what US intelligence says was his government's meddling in the 2016 presidential election.

The song pokes fun at Putin, who is not known for self-effacing humor, by highlighting some of his macho moments that have drawn ridicule overseas.

Newman sings of Putin taking off his shirt in front of women. A chorus of "Putin Girls" enters the tune with delight, singing, "Putin -- if you put it, would you put it next to me?"

The Grammy is the seventh for the 74-year-old Newman who in addition to his trenchant tunes has found success as a songwriter for children's films including the "Toy Story" series.

"It was when all those pictures were appearing of him with his shirt off, and I couldn't understand why. What did he want?" Newman said.

"I think it was just personal vanity of some kind, like he wanted to be Tom Cruise. It wasn't enough to be the richest and most powerful. He wanted to be the most handsome and a superhero, throwing young people around and wrestling."

Newman said he initially wrote a much harsher version but toned down the song, thinking that the nastier taunts were too easy.