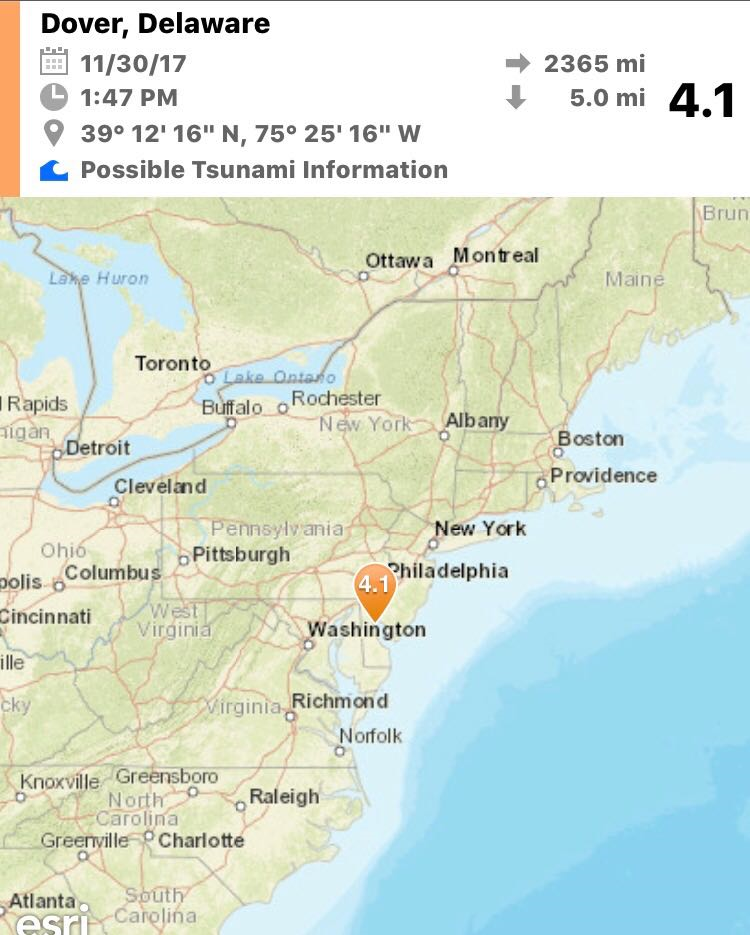 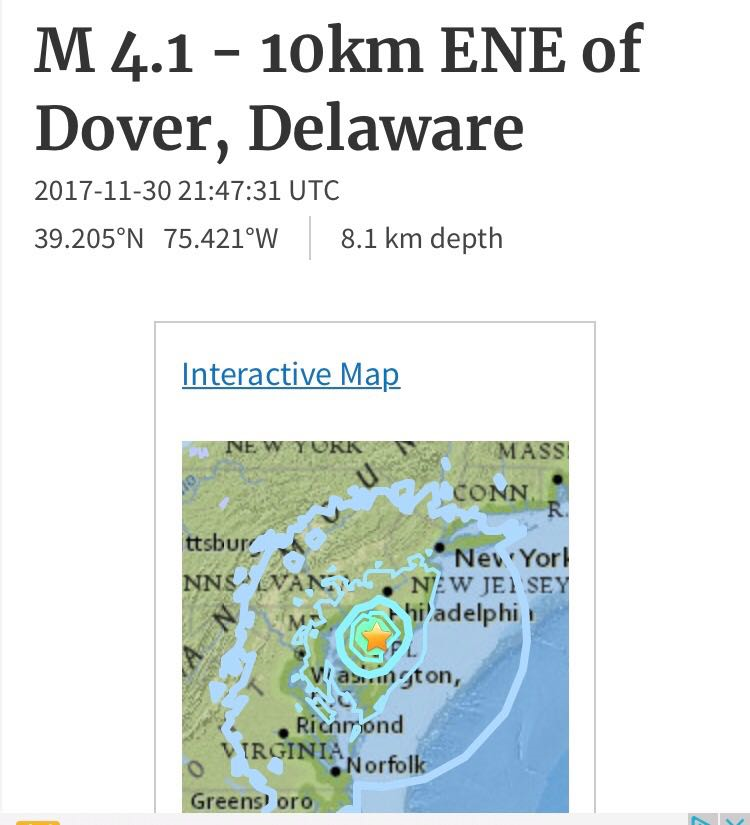 A USGS geophysicist said the earthquake was “exceptionally rare” for the area. The last time Delaware was affected by a quake was 2011.

"We have not received any reports of damage at this time,” said Fournier.