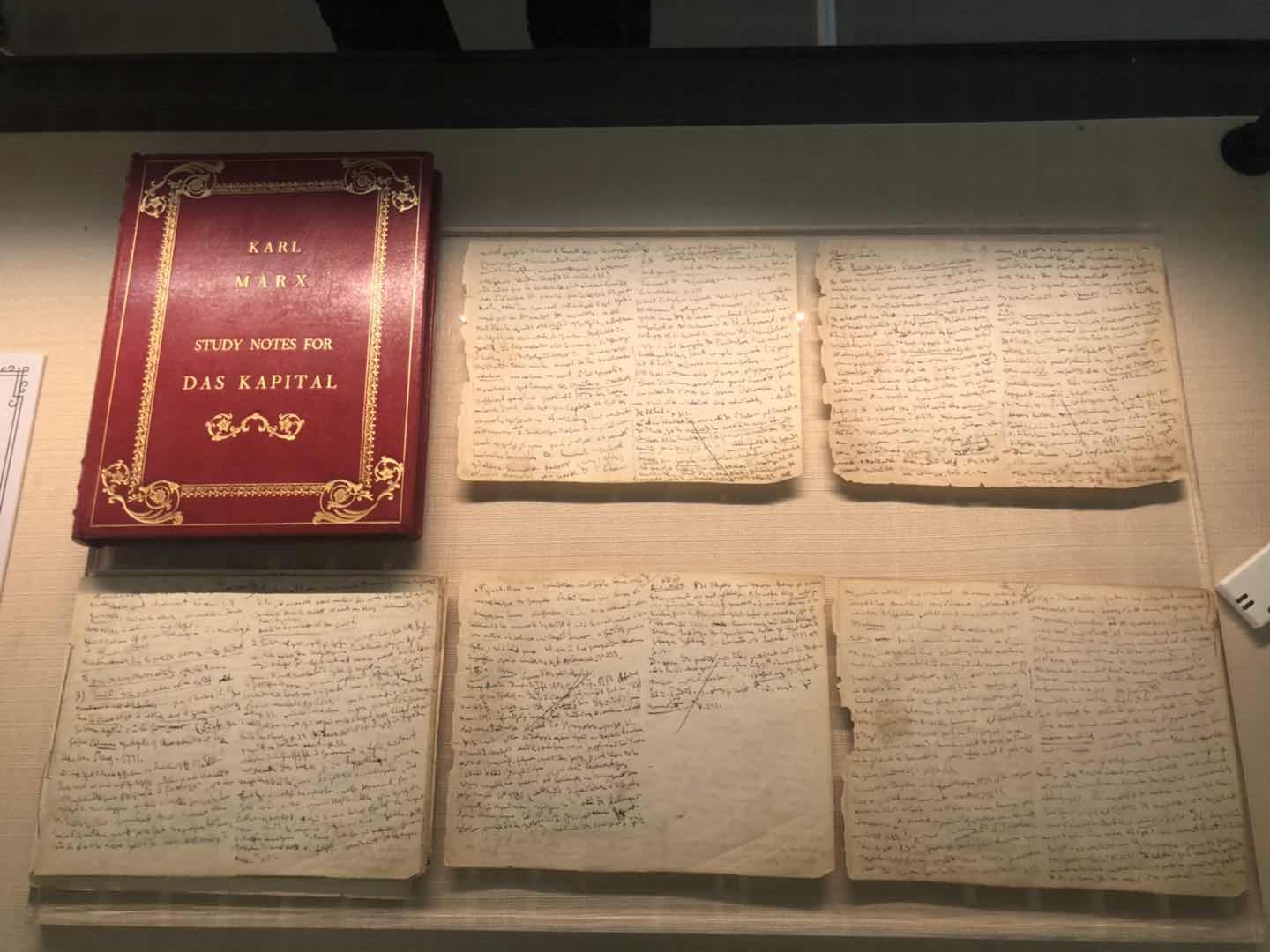 Nanjing (People’s Daily) – An exhibit of the rare manuscripts from the German philosopher Karl Marx opened on Thursday in Nanjing, East China’s Jiangsu Province, two days ahead of the 200th anniversary of his birth.

The manuscripts, originating from the fourth notebook of Marx’s study notes for Das Kapital, were written during his days in Brussels from mid-April to the beginning of July, a period when he was brewing up historical materialism ideas.

The manuscripts – consist of 54 pages, including 49 written pages – have been verified by the Berlin-Brandenburg Academy of Sciences and Humanities of Germany and the International Institute of Social History of the Netherlands.

The notes include excerpts of economics works, the mathematics behind his doctrine of surplus value as well as family accounts.

Two pieces of the original collection of the 60-page manuscripts were offered to the late Soviet Union leader Mikhail Gorbachev by US business manager Armand Hammer, then owner of the manuscripts. The two pieces are now stored at the Russian State Archive of Socio-Political History.

Current manuscripts are the only relatively complete ones of Marx’s work exhibited in China, as Chinese entrepreneur Zeng Huansha purchased the manuscripts from a Vienna auction in recent years.

The exhibition, which was held at the Art Gallery of Nanjing University, will last until June 3.