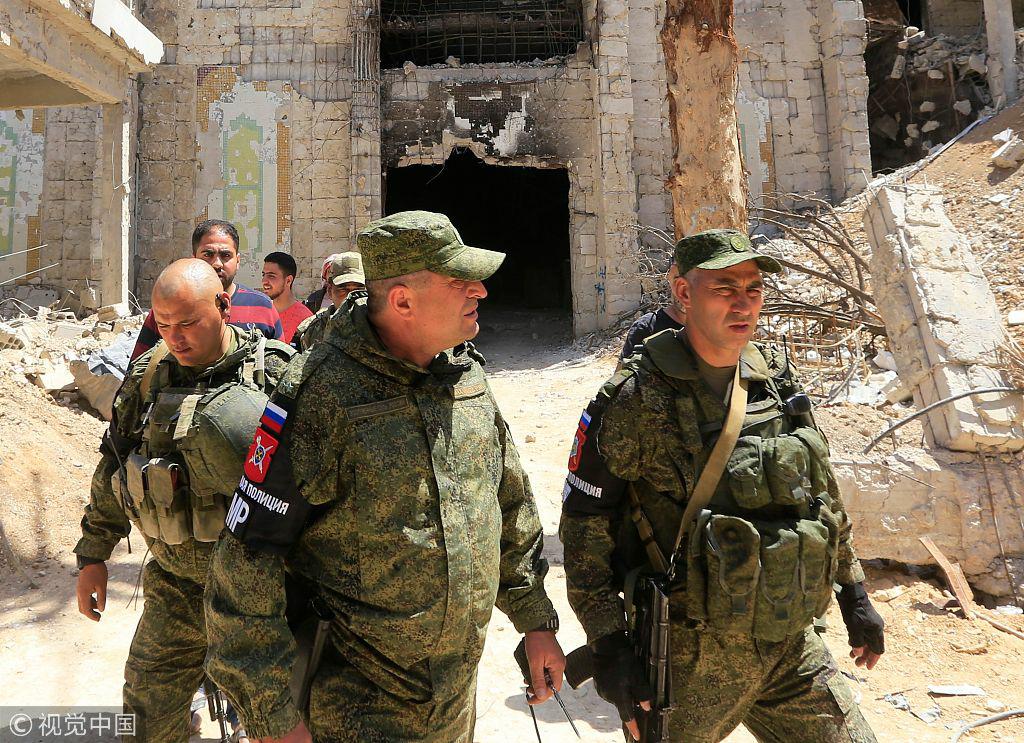 The Islam Army rebels started handing over heavy weapons to the Syrian army on Tuesday in the Dumair area in northeast of Syrian capital Damascus, the state TV reported.

This came days after the rebels withdrew from the Douma district in east of Damascus.

The rebels in Dumair area will follow the lead of their comrades who evacuated Douma last week and moveD to the rebel-held city of Jarablus, as part of the deal with the government.

The deal in Dumair will see the evacuation of 1,000 militants to Jarablus, as 60 other militants surrendered to the authorities.

Those who don't want to stay under the government control will move to Jarablus, while others who want to stay in Dumair will surrender to the army to clear their records under the deal.

The deal was reached to spare 100,000 civilians in that area from a possible large-scale military showdown.

After the rebels' evacuating Douma, the entire Eastern Ghouta countryside in east of Damascus has returned to the government control.

However, the Islam Army and allied militants still control some pockets in the eastern part of the Qalamoun region north of Damascus. The Syrian government is working to secure a similar evacuation deal with the rebels in a bid to completely secure Damascus.

Top photo：Russian forces patrol damaged buildings in Douma on the outskirts of Damascus on April 16, 2018 during an organised media tour after the Syrian army declared that all anti-regime forces have left Eastern Ghouta, following a blistering two month offensive on the rebel enclave. The announcement, which represents a key strategic victory for President Bashar al-Assad, came just hours after US-led strikes pounded Syrian government targets in response to a suspected chemical attack on the enclave's main town of Douma. （VCG）