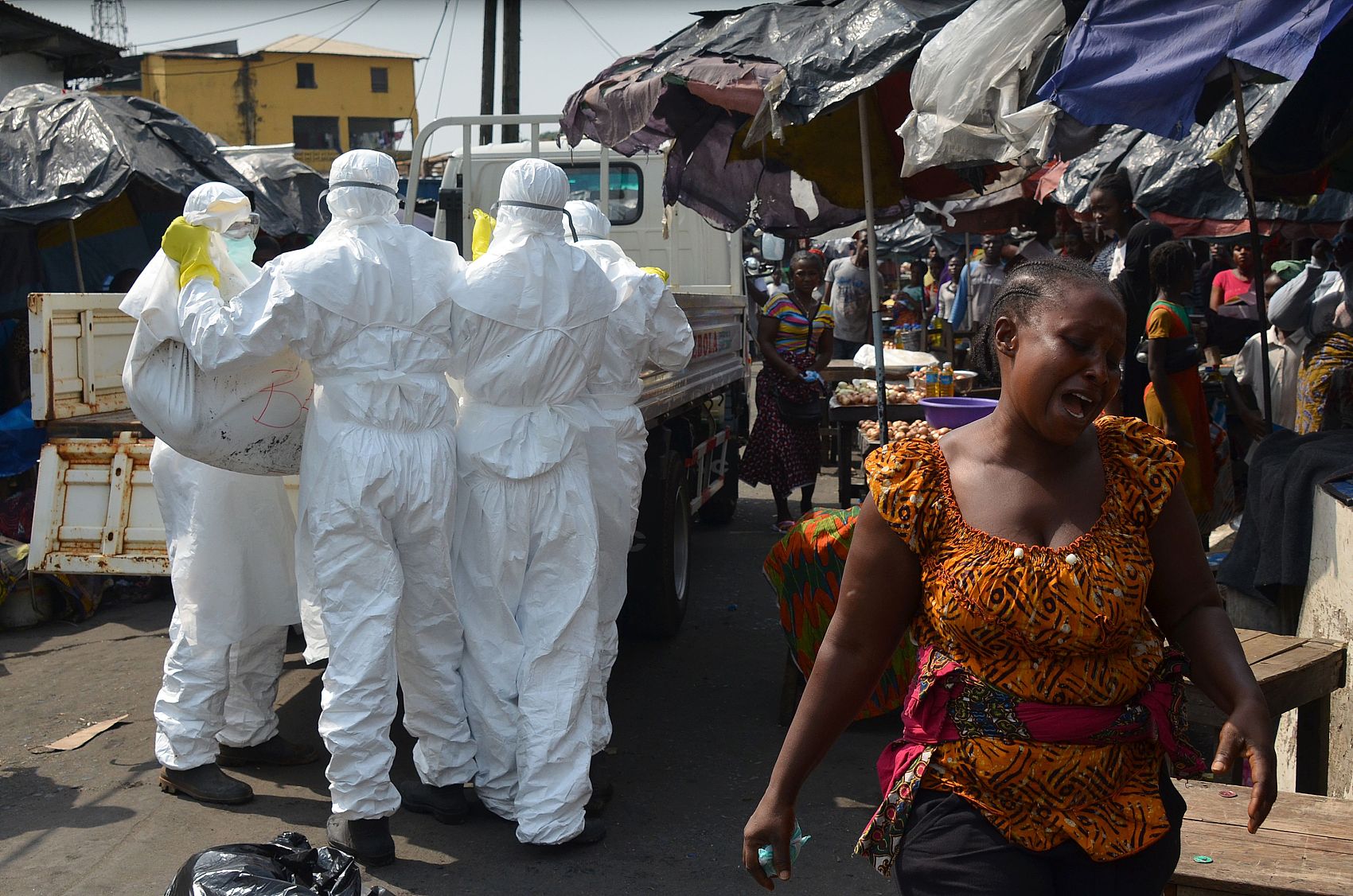 VCG's file photo taken on January 05, 2015 shows a woman reacting as Red cross workers, wearing protective suits, carry the body of a person who died from Ebola during a burial for victims of the virus, in Monrovia, on January 5, 2015.

Fraud by Red Cross workers and others wasted more than $6 million meant to fight the deadly Ebola outbreak in West Africa, the organization confirmed Saturday.

The revelations follow an internal investigation of how money was handled during the 2014-2016 epidemic that killed more than 11,000 people in Sierra Leone, Liberia and Guinea.

The disease erupted in Guinea and quickly spread to Sierra Leone and Liberia. The international aid response was initially slow, and money once it arrived was often disbursed quickly in the rush to purchase supplies and get aid workers into the field.

As much as $2 million disappeared as the result of "likely collusion" between Red Cross staff and employees at a Sierra Leonean bank, the investigation found.

"I feel disappointed and concerned by the reaction of a few individuals, that their actions detract from the amazing work of the Red Cross staff and volunteers during the Ebola outbreak," said Paul Jenkins, the head of the delegation for the International Federation of the Red Cross and Red Crescent Societies in Sierra Leone's capital, Freetown.

"Their actions saved thousands of lives and the IFRC will continue to ensure that its funds are used for the purpose for which they are given," he said.

The IFRC said it was strengthening its efforts to fight corruption, including introducing cash spending limits in "high-risk settings." It also plans to send trained auditors along with emergency operations teams. Other measures will include additional staff training and "the establishment of a dedicated and independent internal investigation function."

The findings of the internal investigation were first posted online Oct. 20 but were not widely publicized until Friday. The IFRC confirmed the findings Saturday and said it was working with Sierra Leone's Anti-Corruption Commission to "investigate and legally pursue any persons involved."

IFRC also revealed evidence of fraud in the two other hardest-hit countries during the Ebola crisis.

In Liberia, investigators found "evidence of fraud related to inflated prices of relief items, payroll and payment of volunteer incentives." IFRC estimated the loss at $2.7 million.

And in Guinea, at least $1 million disappeared because of fraudulent billing practices by a customs clearance service provider. Two other investigations there are pending, IFRC said.