Police in Beijing's Chaoyang district invited more than 1,300 representatives of "Chaoyang residents" on Sunday to thank them for their dedication in 2017 against crime.

“Chaoyang residents,” often jokingly referred to as "fifth-largest intelligence agency" by Internet users, have given 8,300 valuable tips to Chaoyang police in 2017, leading to 370 cases with more than 250 suspects detained and 390 potential safety hazards cleared up.

The app was launched by Chaoyang district police last year, where users can report criminal activities and upload evidence, including text, photos and videos.

Liu Hui, a professor at Beijing International Studies University, said the app will attract more youth into supporting our police and expand the coverage of Chaoyang residents. 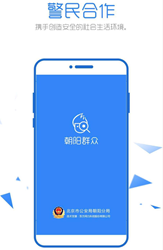