HEADLINE Report exposes abuse of power by US police

Report exposes abuse of power by US police 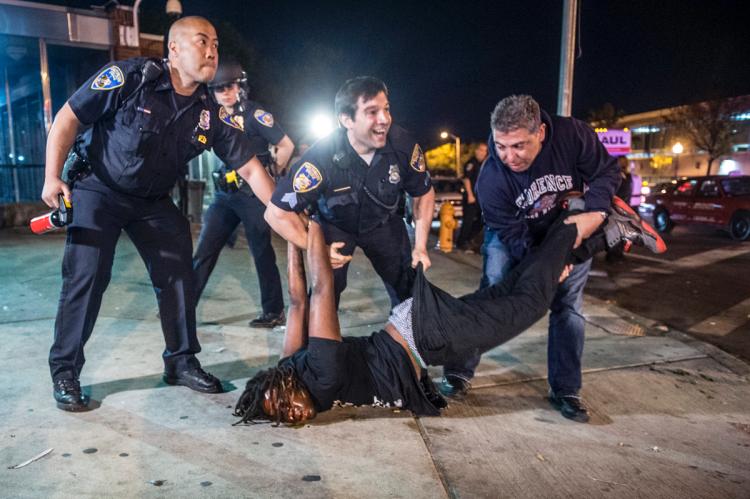 A Baltimore protester was seen pepper sprayed, pulled to the ground by police in a shocking confrontation captured on video. (File Photo)

Police in the United States abused their law enforcement power, according to a report on U.S. human rights released Tuesday.

According to the Washington Post's Fatal Force database, 987 people were shot dead by police in 2017, said the report.

The Washington Post reported on July 26, 2017, that American police shot and killed a man while trying to serve a warrant at the wrong house. The man did not have a warrant out for his arrest or a criminal record.

Almost 500 blacks had been fatally shot by police since 2015, said the report citing statistics released by Pew Research Center on January 11, 2017.

On the night of September 15, 2017, Protesters in St. Louis blocked highways, damaged public and private property, broke windows, threw rocks at the mayor's house and threw bricks at police officers after a white former police officer earlier in the day was acquitted in the 2011 fatal shooting of a black man. Thirty-two protesters were arrested.

"Time and time again, African-American men are killed by police, and nobody is held accountable," the report quoted one protester as saying.