HEADLINE Reporter's observation: Car hailing sector is in the middle of reshuffle

Reporter's observation: Car hailing sector is in the middle of reshuffle

Right next to the Deshengmen bus stop in Xicheng district, below the Deshengmen bridge, a rotary overpass that channels traffic from the 2nd Ring Road to the Badaling Expressway, there are hundreds of taxies parked, with dust on them.

A taxi driver surnamed Zhang told me the location, saying I could check it out, where many a taxi are parked there as one of the routine parking places in the city.

A street cleaner surnamed Zhou told me that half of these taxies are not in operation any more. 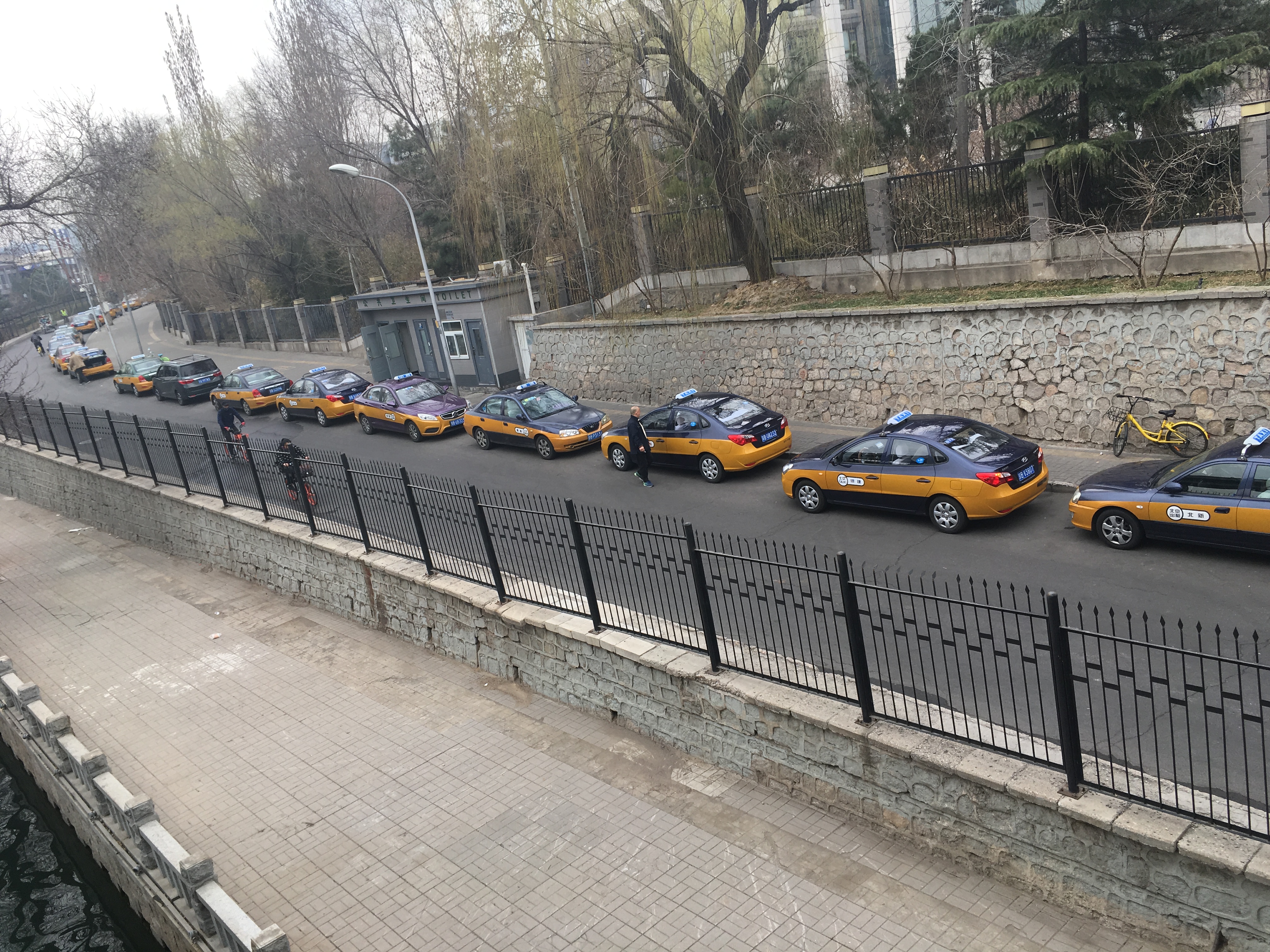 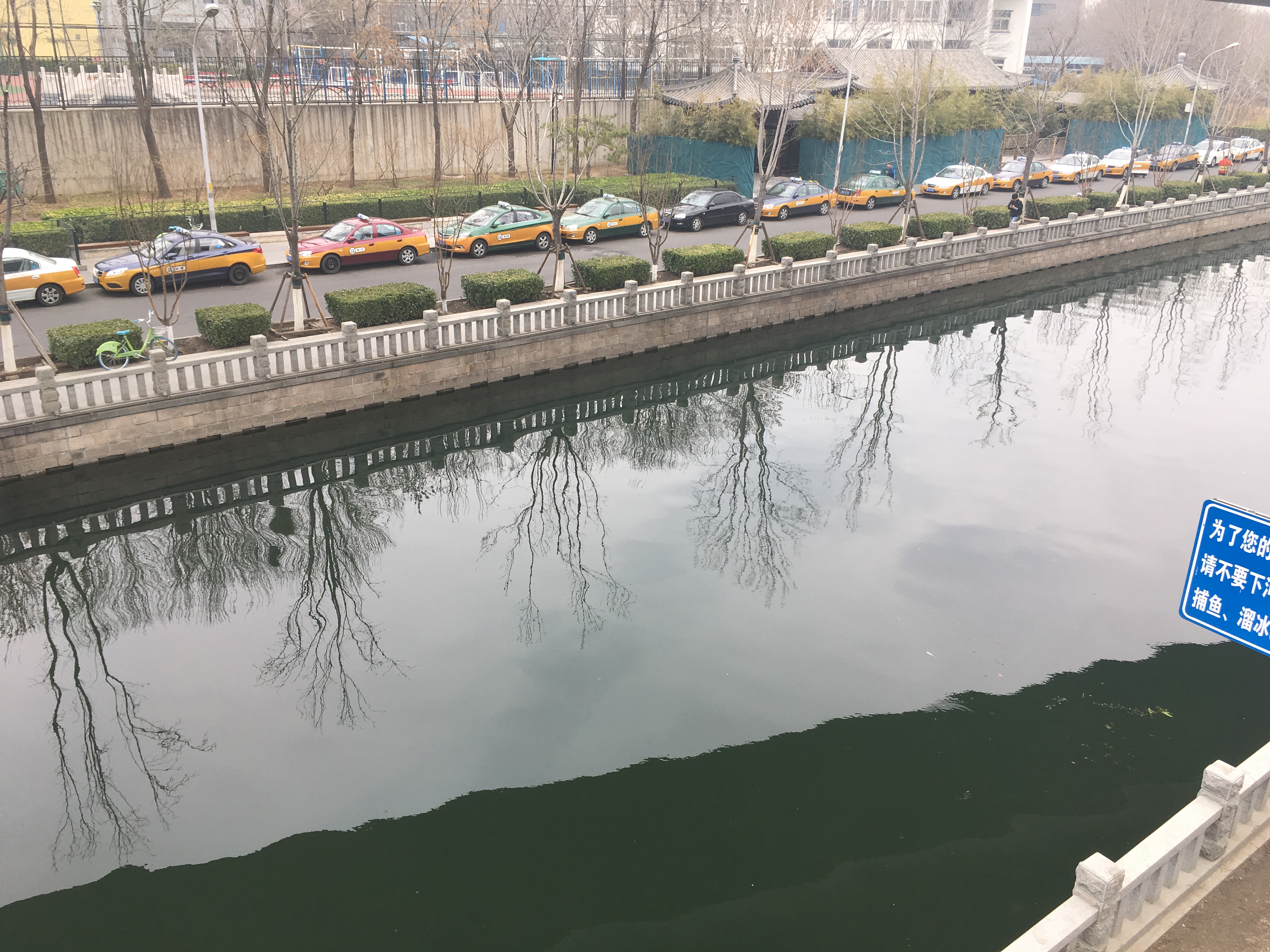 Some taxi drivers were quite straightforward. They are planning to invest in a car and run their own business, using Didi Chuxing as the tool. Thus they don’t have to pay for the daily rental cost to the taxi company and have their say on their work schedule each day, without worrying about the charges to the company anymore.

Some of their former colleagues have already started their business on the Didi Chuxing platform.

The taxi drivers also have their own concerns with Didi Chuxing. The freedom comes with a price. The taxi company covers their social security in the payroll package, while Didi Chuxing does not.

Another taxi driver surnamed Li does not agree with the paradox about the new options.

“I’ve done the math and the cost for the car itself, plus repairs and compared against the charges by the taxi company, it’s more or less the same amount. Why bother? I can still have my social security covered. After all, Didi also charges part of the income as service fee,” Li reasoned.

It is now trending among taxi drivers that they will call it a day right after midnight, when the Didi Chuxing platform does not push orders.

“No need to work that hard, my passion has been exhausted. As long as the charges for my taxi company are balanced from my day, I can find peace of mind and go home. I have three years to go before retirement, you know. Most of my generation shares such a mindset,” Li added. 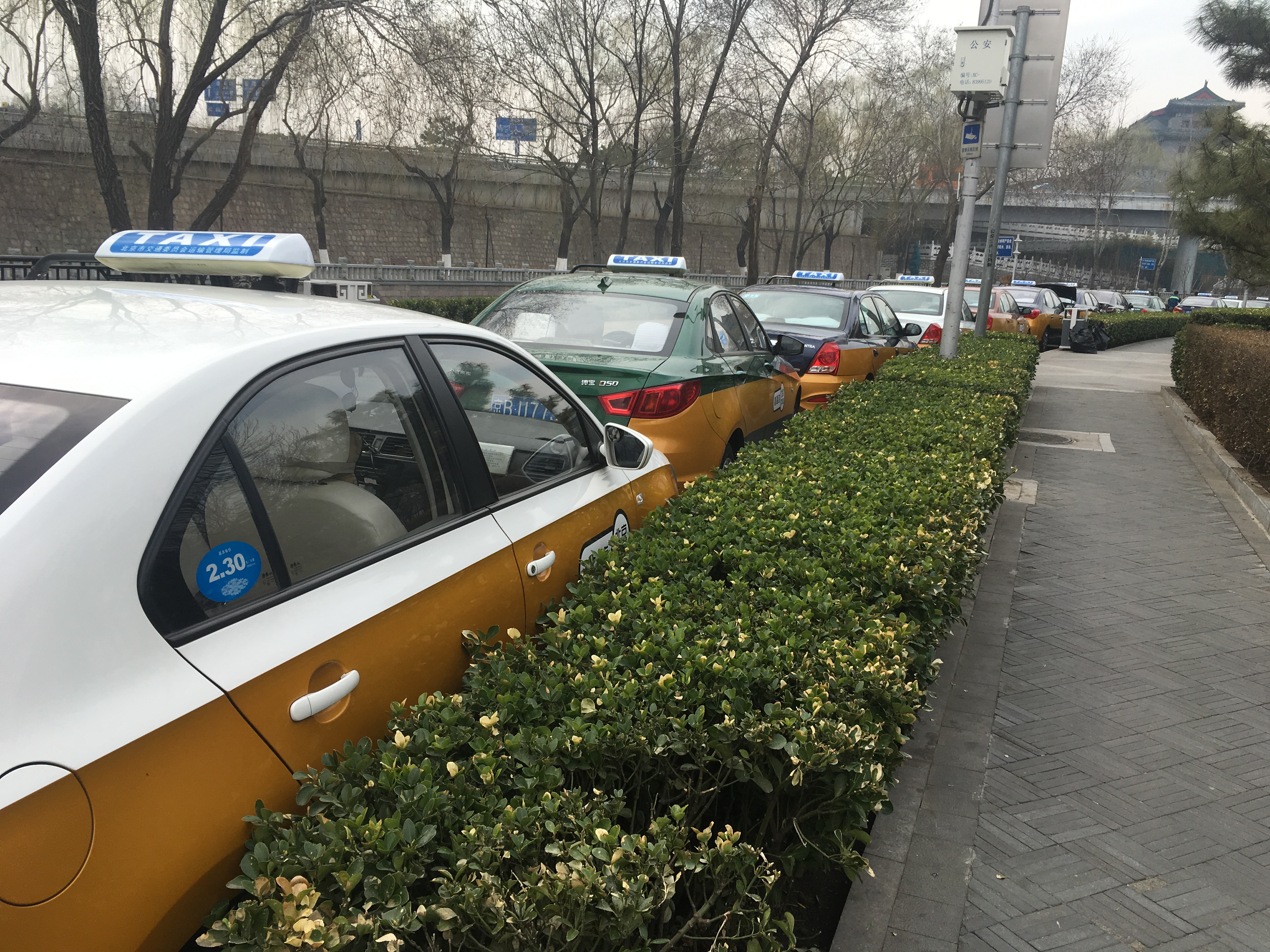 In Beijing, Didi Chuxing is still the most popular car hailing app, but it’s another story in Shanghai. China's leading online lifestyle platform Meituan launched its own car-hailing service in the city on March 21, breaking the monopoly of Didi Chuxing.

Didi Chuxing’s CTO recently explained how the company has been leveraging new technology such as big data. Because estimates for location and traffic status vary, the quotation for the ride might be different from the real cost.

Above elaboration meant response to consumers’ questions that the regular users are charged extra as their routes get more predictable in the system.

Meituan is now in direct competition with Didi Chuxing, which completed 7.43 billion rides for 450 million users in over 400 cities in 2017.

Meituan plans car-hailing services in several other cities, including Chengdu, Hangzhou and Xiamen.

Gaode Maps, the Chinese version of Google Maps, is another new market entrant. The company announced its car sharing services on Tuesday, claiming the company is rolling out a pro bono campaign, which will not charge any commission fees.

The campaign now covers Chengdu and Wuhan, and will recruit more car owners in first-tier cities across the country. 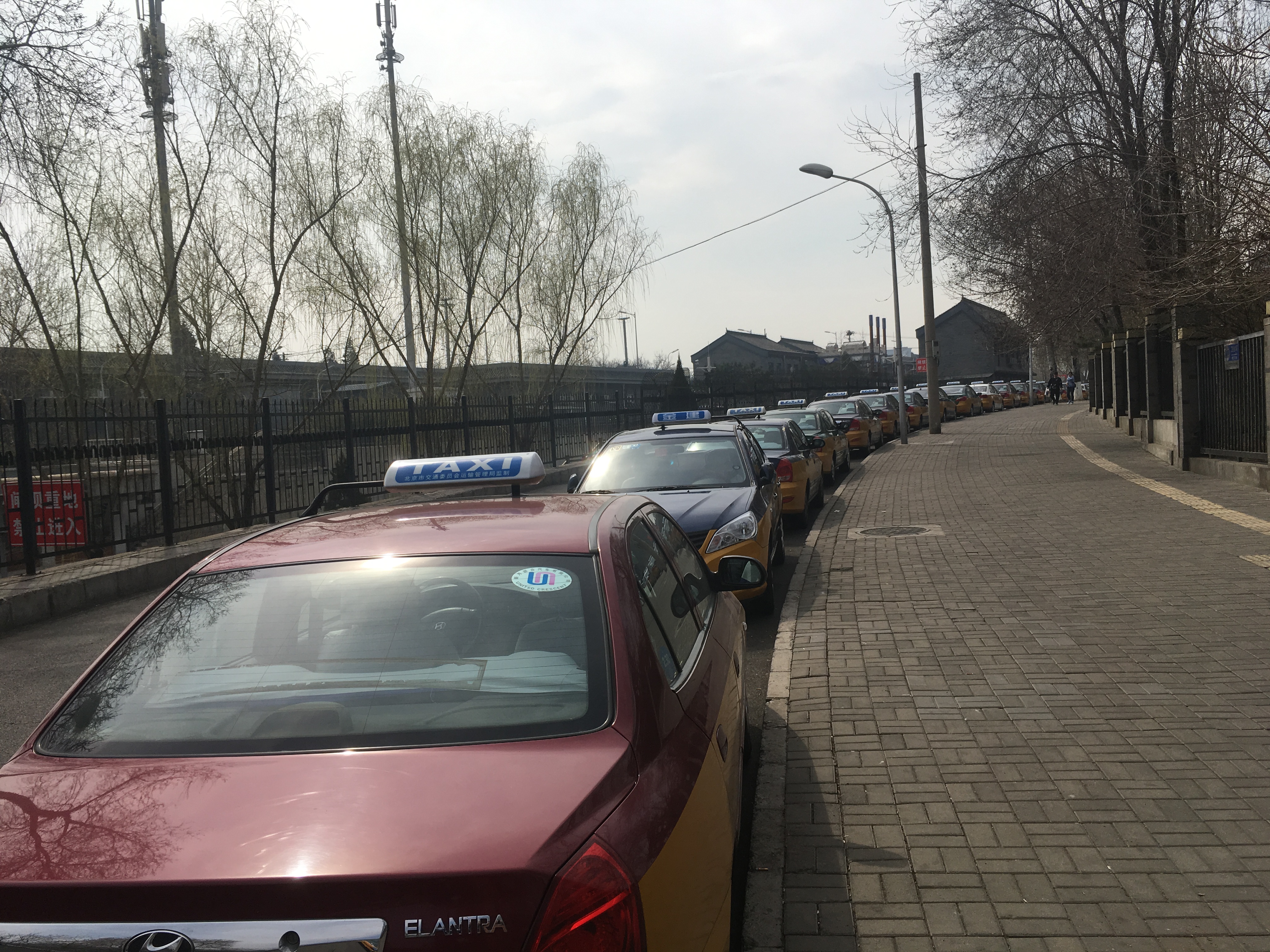 For jobless people, it is a good opportunity to take a test and become a taxi driver. A taxi driver surnamed Zhao told me it took him one year to pass the exam and gain a taxi driver license.

He is one of the hundreds of new taxi drivers in his village, and he is based in Huairou District of Beijing

“I’m very happy with my new job and income, this is much better than being jobless. My one year effort for the exam really paid off,” Zhao said.

Innovation as the way out

The Beijing municipal government is stepping up efforts to improve the business environment.

Chen Jining, mayor of Beijing, researched on Didi Chuxing on Tuesday, to learn more about the company’s practice in big data, smart city and intelligent transportation.

Beijing is transforming the development approach by cutting down the amount and improving the environment for people’s livelihood. Innovation is the only way out and also the key advantage for the city, Chen stressed.

As the city hosts almost half of the unicorn companies in the country with better innovation resources and growth potential, the government is committed to creating and developing a better business environment while providing services and support of higher quality, Chen said during his research. 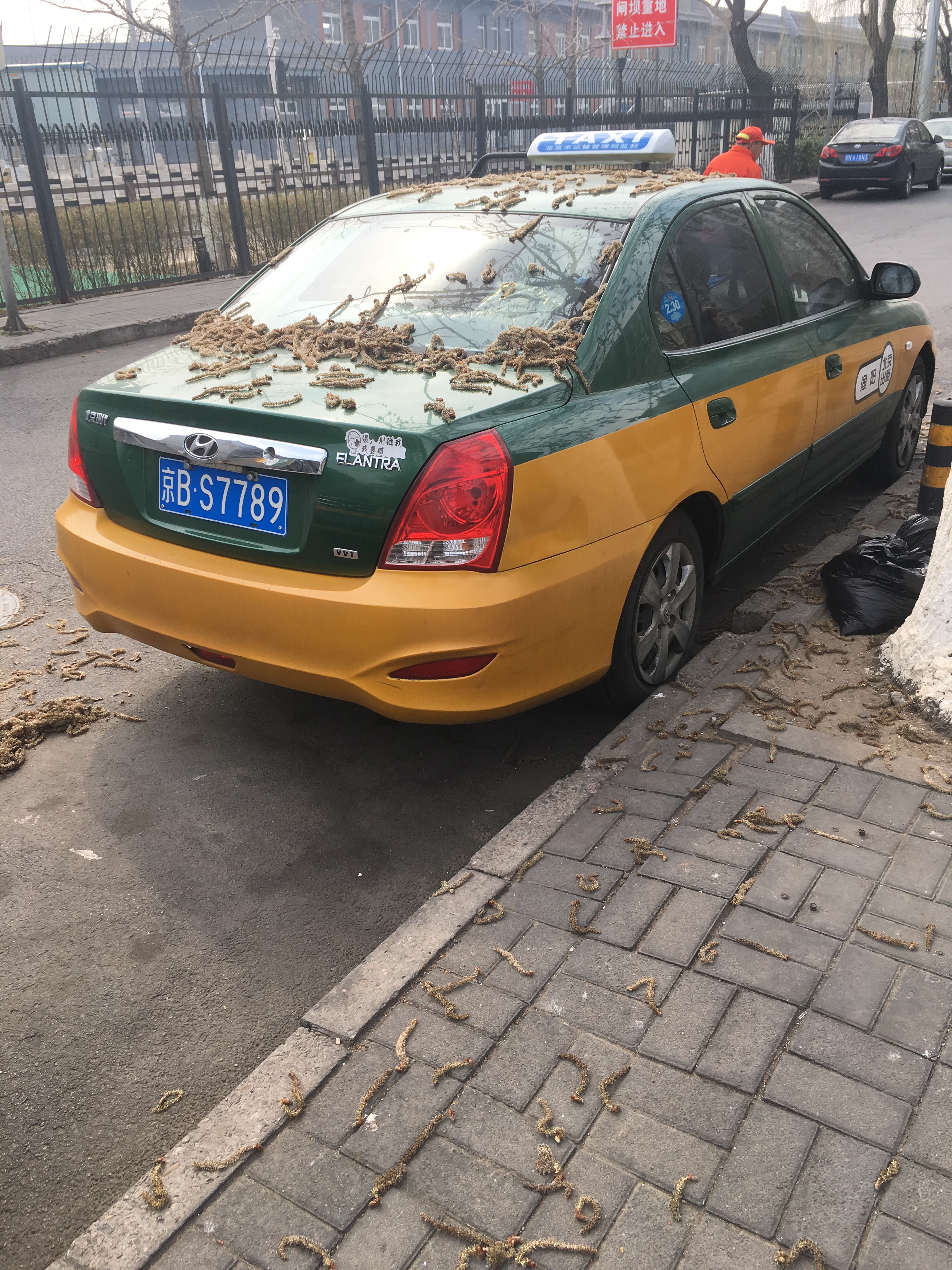 With the era of burning money ending soon, the car hailing sector will focus on serving the consumers. All the initial tactics of price competition and marketing strategy will transform the resources back to a consumer-centered experience and service, according to an industry report released by consulting firm iResearch Inc on Monday.

High-end car hailing customers are pursuing more diversified and comfortable experiences, which indicates more of their identity. They are less price sensitive and demand more on the standardized and differentiated services, the report said.

The competition is also transforming, from the initial stage, which was focused on meeting the consumers’ demand for transportation to traffic entrance. The industry’s market landscape is now pushing the full value chain competition to a higher level, which will be among the platforms in the entire ecosystem, the report concluded.