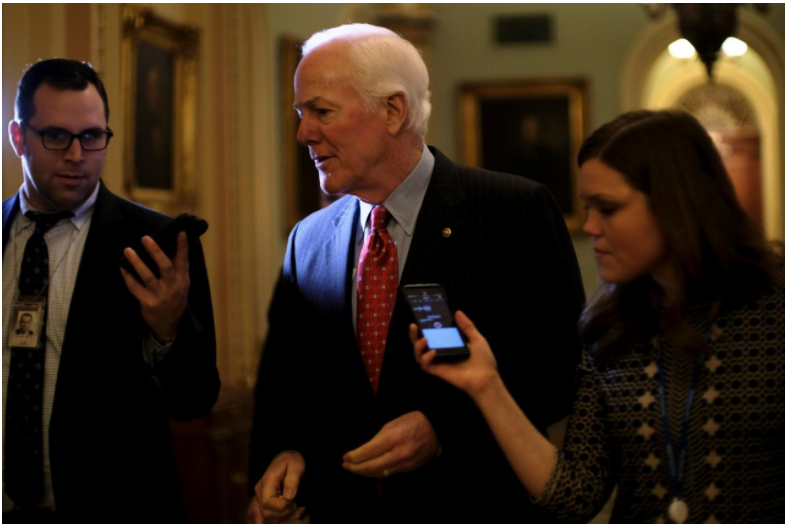 US Senate Majority Whip John Cornyn (R-TX) speaks to reporters on his way to the Senate floor during debate over the Republican tax reform plan in Washington, US, December 1, 2017. Photo: Reuters/James Lawler Duggan

Top US Republicans said they expected Congress to pass a tax code overhaul this week, with a Senate vote as early as Tuesday and President Donald Trump aiming to sign the bill by week’s end.

John Cornyn, the No. 2 US Senate Republican, said in an interview on ABC’s “This Week” on Sunday that he was “confident” the Senate would pass the legislation, “probably on Tuesday.”

Republican Representative Kevin Brady said he believed his party had the votes to pass the bill.

“I think we are headed - the American people are headed - for a big win on Tuesday,” Brady, the House of Representatives’ top tax writer, said on Fox News’ “Sunday Morning Futures with Maria Bartiromo.”

“We’ve worked hard to make sure that those strange Senate rules don’t hang this up in any way,” Brady added. “I am confident that’s the case.”

If passed, the bill would be the biggest US tax rewrite since 1986 and would provide Republican lawmakers and Trump with their first major legislative victory since they took control of the White House in January, in addition to Congress.

Democrats have been unified against the measure, calling it a giveaway to corporations and the rich that would drive up the federal deficit. 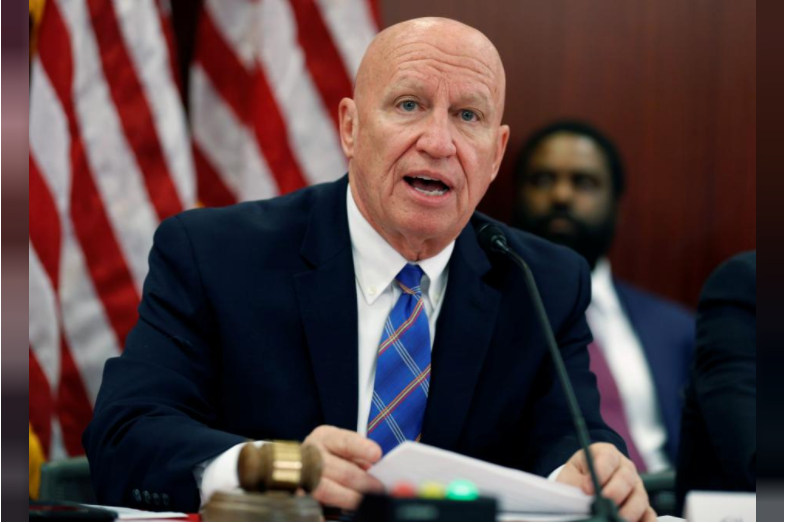 Chairman of the House Ways and Means Kevin Brady (R-TX) speaks at the start of the House-Senate Conferees conference meeting on the "Tax Cuts and Jobs Act" on Capitol Hill in Washington, US, December 13, 2017. Photo: Reuters/Joshua Roberts

The tax bill is expected to add at least $1 trillion to the $20 trillion US national debt over 10 years, even after accounting for the economic growth it might spur, according to independent government analyses.

The bill would cut the corporate income tax rate to 21 percent from 35 percent and create a 20-percent income tax deduction for owners of “pass-through” businesses, such as partnerships and sole proprietorships.

It would offer a mixed bag for individuals, including middle-class workers, by roughly doubling a standard deduction that does not require itemization, but eliminating or scaling back other popular itemized deductions and exemptions.

The bill would maintain seven individual and family income tax brackets but cut rates. Highest-earning Americans would pay 37 percent, down from 39.6 percent.

Most individual provisions, including the lower tax rates, are temporary and would expire, while the corporate rate cut and other business provisions would be permanent.

Stock markets have been rallying for months in anticipation of sharply lower tax rates for corporations, with Wall Street’s three major equities indexes closing at record highs on Friday.

Treasury Secretary Steven Mnuchin told CBS News’ “Face the Nation” on Sunday that Trump expected to realize his goal of signing the tax bill before Christmas.

“This is a historic event,” Mnuchin said. “People said we wouldn’t get this done; we’re on the verge of getting this done.”