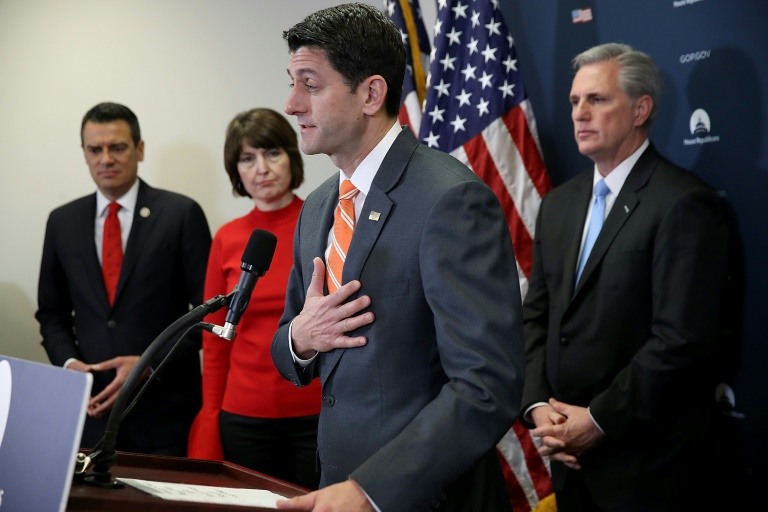 Republican leaders rebuffed calls for major changes in US gun laws Tuesday, blaming the mass shooting at a Florida high school on a "colossal breakdown" of law enforcement rather than the easy availability of assault rifles.

Student survivors of the assault two weeks ago met with members of Congress to press for curbs on gun sales but found little enthusiasm for legislative action beyond closing gaps in a national system of background checks.

"Let me just say we shouldn't be banning guns for law abiding citizens, we should be focusing on making sure citizens who should not get guns in the first place don't get those guns," House Speaker Paul Ryan told reporters.

Ryan and other Republican leaders until now have largely been absent from the debate that has raged since a troubled 19-year-old armed with a semi-automatic rifle killed 17 people at a high school in Parkland, Florida.

Ryan blamed the February 14 rampage at Marjory Stoneman Douglas High School on the failure of local authorities to heed numerous warnings about the shooter, Nikolas Cruz, a former student at the school.

"There was a colossal breakdown in the system locally," he said, citing lapses by the FBI and a deputy sheriff accused of failing to act when shooting broke out at the school.

Ryan's argument echoed that of US President Donald Trump who asserted Monday that he would have charged into the school after the shooter, even without a gun.

Trump last week called for raising the minimum age for gun purchases to 21, but has made no mention of that since.

Instead, he has pushed for arming teachers as a first line of defense, an approach favored by the National Rifle Association but widely criticized by teachers themselves as impractical and an unreasonable burden on them.

Trump also has called for building more mental hospitals, a ban on devices known as "bump stocks" to make a semi-automatic weapon fire more rapidly, and better background checks to keep guns out of the hands of "sickos."

A bipartisan bill currently before Congress would step up state and federal agency reporting to a national database of offenses that would bar an individual from purchasing a firearm.

Closer to home, Florida's legislature is weighing whether to raise the minimum age for gun purchases to 21 as part of a package of measures sponsored by the state's Republican governor. But a ban on assault rifles is not part of the package.

While some Democrats favor more comprehensive gun reform, they hold out little hope for it in a Republican-dominated Congress despite the new momentum created by student survivors of the Florida shooting, and polls showing overwhelming public support for stricter gun laws. 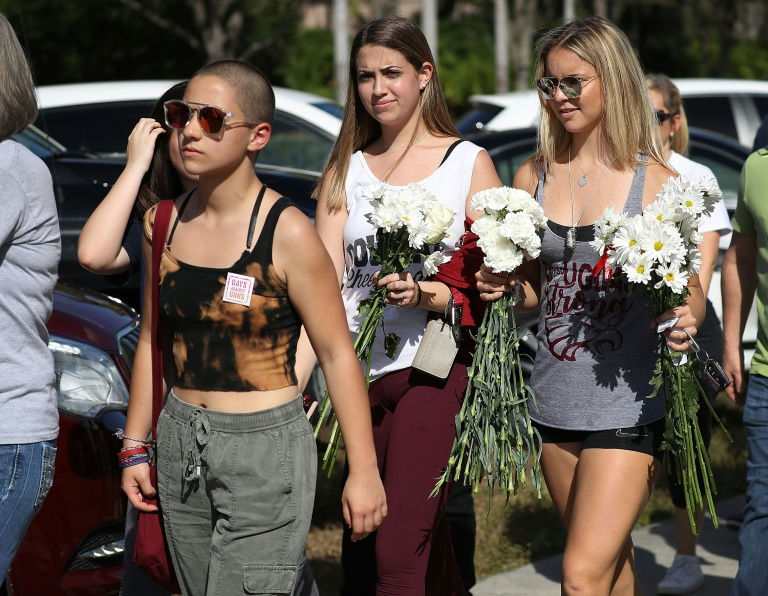 Students are to return to class Wednesday at Marjory Stoneman Douglas High School in Parkland, Florida among them senior Emma Gonzalez who has been vocal in calling for gun control. Photo: AFP/Joe Raedle

Senate Majority Leader Chuck Schumer was to meet behind closed doors Tuesday with students from Parkland, where classes will resume on Wednesday, exactly two weeks after tragedy struck.

Scalise was shot and nearly killed last June at a congressional baseball practice by a heavily armed man.

He said the session with the students was "very emotional."

But they appear not to have swayed him on the assault rifle ban.

A ban on AR-15s "is not one of the big discussions here," Scalise said.

"You can talk about any one weapon and if you ban that weapon, does that mean that nothing else is going to happen?"

Scalise later joined Ryan in arguing that existing gun laws needed to be better enforced, rather than overhauled.