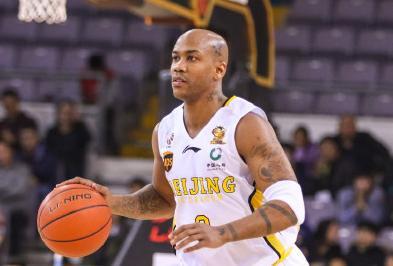 Former NBA All-Star Stephon Marbury said he would like to work for China's national basketball program as he confirmed that the curtain would fall next week on his pioneering 22-year playing career.

Marbury was expected to hang up his sneakers after the current season, which ends on February 11, and the 40-year-old affirmed that in a series of social media posts Monday in which he professed his love for adopted home, China.

Marbury is among the most popular players in the Chinese Basketball Association (CBA) after becoming the first top former NBA star to switch to China, where he has thrived since arriving in 2010.

He went on to win three league titles with the Beijing Ducks before switching this season to the Beijing Fly Dragons.

Marbury said on China's Twitter-like Weibo on Monday that the Fly Dragons' season-closer on February 11 would be his "final cry", as he thanked Chinese fans and players for their welcome.

"I want to work with the national team if asked. I think I can help be a part of the growth. China is home and Beijing is life," Marbury said.

"I will be here forever, so I have time to help the youth. I want to add to China's basketball foundation. I understand the culture and work ethic because I'm a part of it."

The point guard began his NBA career with the Minnesota Timberwolves in 1996 and was later a two-time All-Star, first for the New Jersey Nets then the Phoenix Suns, before joining his hometown New York Knicks from 2004-2009.

In China, Marbury played first for Shanxi and Foshan before settling with the Beijing Ducks and sparking them to CBA crowns in 2012, 2014 and 2015.