HEADLINE RFI reporter released after 29 months in jail in Cameroon

RFI reporter released after 29 months in jail in Cameroon 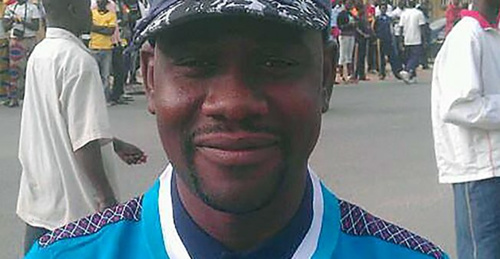 A Cameroonian reporter with Radio France International, Ahmed Abba, was Friday released from jail after 29 months in detention, his lawyer said.

"Ahmed Abba left Yaounde prison around 9:15 pm (Friday). He has been with me since his release, he is doing well," Charles Tchoungang told AFP.

A military tribunal in April sentenced Abba to 10 years in prison and fined him the equivalent of about 85,000 euros ($100,000) for "laundering the proceeds of terrorist acts" and "failure to denounce acts of terrorism".

On appeal, the military court in Yaounde on Thursday aquitted him on the first charge and upheld the second, handing him a 24-month sentence.

He was released Friday having already been held for 29 months.

Abba, who had been reporting out of the troubled north of Cameroon, a region repeatedly targeted by Boko Haram, was arrested in July 2015 in the far northern town of Maroua.

The Hausa language RFI correspondent was suspected of collaborating with the jihadist group and not passing on information to the authorities.

His trial had been postponed 18 times and his appeal was also postponed several times in recent months.

On Thursday evening, the management of RFI said it was "relieved at the prospect of this imminent release allowed by the Cameroonian court".

Stressing the "emptiness of the charges" against him, RFI said "Ahmed Abba has only done his job as a journalist".