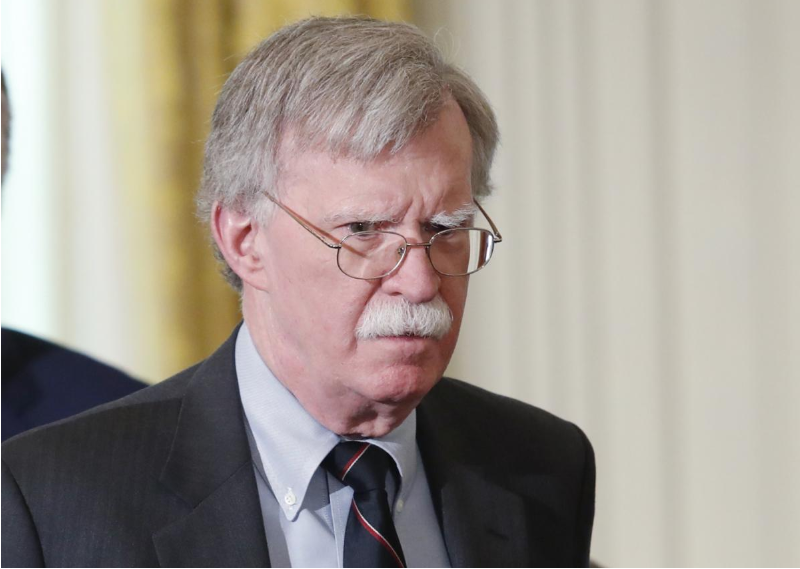 National security adviser John Bolton arrives for a joint news conference between US President Donald Trump and Germany's Chancellor Angela Merkel in the East Room of the White House in Washington, US, April 27, 2018. (Photo: Reuters)

The United States threatened on Sunday to impose sanctions on European companies that do business with Iran, as the remaining participants in the Iran nuclear accord stiffened their resolve to keep that agreement operational.

White House national security adviser John Bolton said US sanctions on European companies that maintain business dealings with Iran were “possible,” while Secretary of State Mike Pompeo said he remained hopeful Washington and its allies could strike a new nuclear deal with Tehran.

Bolton struck a more hawkish tone with his comments in an interview with CNN’s “State of the Union” program than Pompeo did on “Fox News Sunday.”

US President Donald Trump said on Tuesday that the United States was withdrawing from a 2015 deal negotiated by the Obama administration.

So far, China, France, Russia, Britain, Germany and Iran remain in the accord, which placed controls on Iran’s nuclear program and led to a relaxation of economic sanctions against Iran and companies doing business there.

Despite the US exit, Britain and Iran expressed their commitment on Sunday to ensuring that the accord is upheld, according to a statement released by British Prime Minister Theresa May’s office.

French Foreign Minister Jean-Yves Le Drian, speaking in Dublin, declared: “We are stakeholders” and will remain so.

Germany said it would spend the next few months trying to persuade Washington to change its mind. German Foreign Minister Heiko Maas acknowledged, however, that protecting European companies from potential US penalties could be difficult.

Asked whether the United States might impose sanctions on European companies that continue to do business with Iran, Bolton told CNN: “It’s possible. It depends on the conduct of other governments.”

Pompeo said he was “hopeful in the days and weeks ahead we can come up with a deal that really works, that really protects the world from Iranian bad behavior, not just their nuclear program, but their missiles and their malign behavior as well.”

The White House said Trump had spoken with French President Emmanuel Macron on Saturday and “reiterated the need for a comprehensive deal that addresses all aspects of Iran’s destabilizing activity in the Middle East.”

In a tweet on Sunday, Trump wrote: “Remember how badly Iran was behaving with the Iran Deal in place. They were trying to take over the Middle East by whatever means necessary. Now, that will not happen!”