HEADLINE Roma dreaming of Kiev after magical recovery against Barcelona

Roma dreaming of Kiev after magical recovery against Barcelona 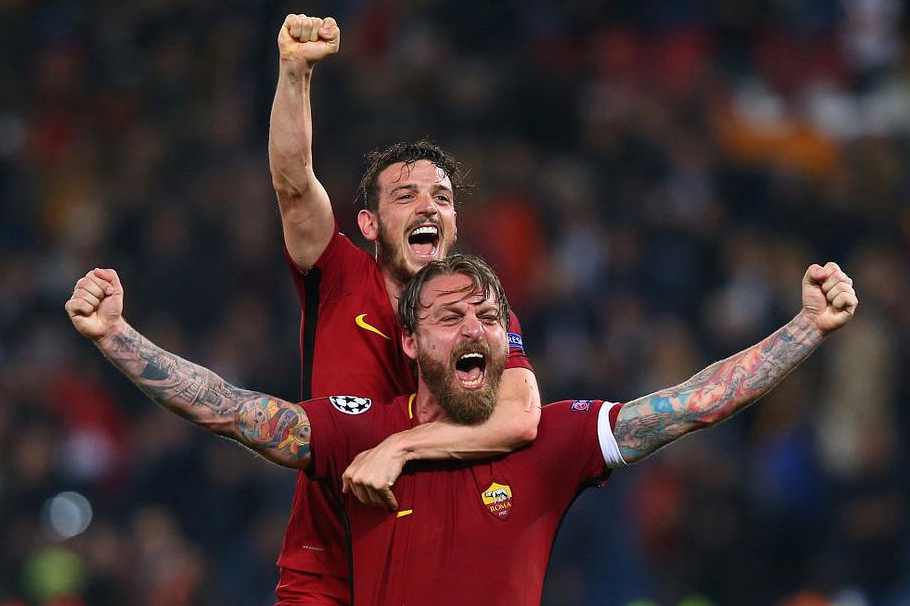 Roma have their sights on Kiev and the Champions League final after completing a miracle comeback against Barcelona on Tuesday to overhaul a three-goal first-leg deficit and take their place in the competition's last four.

The Italian capital came alive after a magical night at the Stadio Olimpico in which Roma – fourth in Serie A and fresh from being booed off in a 2-0 defeat against Fiorentina at the weekend – swept Lionel Messi and co aside in front of a crowd that roared itself hoarse.

Trailing 4-1 after last week's quarter-final, first leg at the Camp Nou, Edin Dzeko, Daniele De Rossi and Kostas Manolas all scored to take them through to the semi-finals on away goals against all the odds.

"Perhaps the greatest night in Roma's history," was how daily Il Fatto Quotidiano described the result on Twitter.

Car horns blared and fans poured into the streets across the Eternal City as supporters hailed an incredible result for a success-starved club.

The last time Roma got so far in Europe's top competition was back in 1984, when the Giallorossi contrived to lose the final on penalties to Liverpool at their own ground.

In the intervening three decades they have won just one league title and four Italian Cups, but after seeing off what winning goalscorer Manolas called "the best team on the planet", coach Eusebio Di Francesco wants his team to aim for May's final in the Ukrainian capital.

"Why shouldn't we believe? If you come all this way and get to the semi-finals, why shouldn't you believe in getting to the final in Kiev," he asked reporters after the historic win. 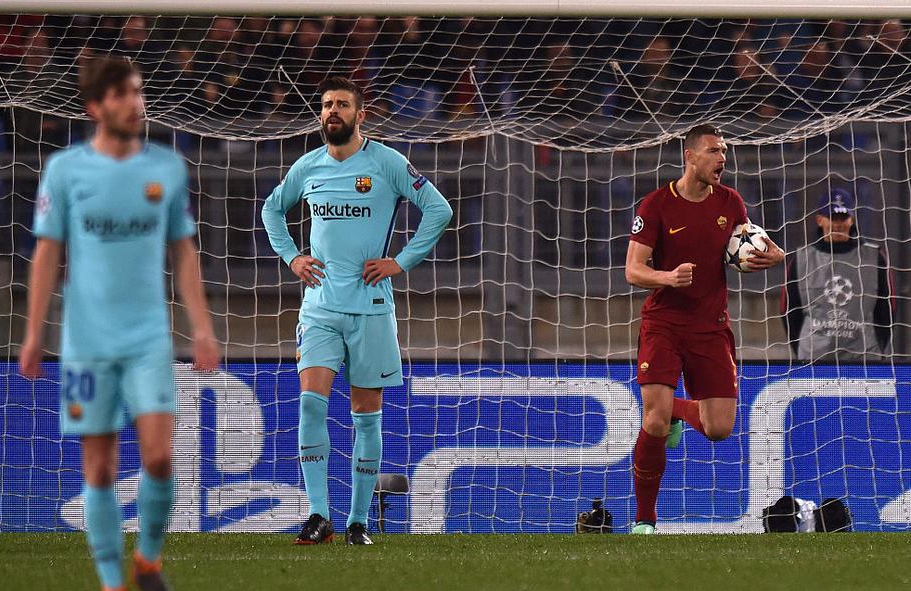 Roma have brought some pride back not just to Rome but to Italian football after the country's humiliating failure to qualify for the World Cup earlier in the season.

Beating one of the giants from Spain, who hammered Italy 3-0 in qualifying for this year's tournament in Russia, will be particularly sweet, especially after champions-elect Juventus were bashed 3-0 on their own patch by Real Madrid last week.

"Italy needed a European team, and that's what we were tonight. Today is a great moment, but it's not enough," added Di Francesco.

"This team needs to aim for Kiev. And that's it."

Despite their patchy domestic form, which sees them battling with Inter Milan and local rivals Lazio for a space in next season's Champions League, Roma are through to Friday's draw – where Liverpool are potential opponents – on merit.

They haven't conceded a goal at home in the whole competition and on Tuesday restricted Barcelona to just three shots on target despite the potent attacking firepower boasted by Ernesto Valverde's side.

Barca could easily have already been three down by the time De Rossi slotted home the 58th-minute penalty that made it 2-0 on the night and had the Stadio Olimpico dreaming of victory.

Instead it was up to Manolas to make Roma fans' dreams a reality with an 83rd-minute header that sparked pandemonium on the pitch and in the stands.