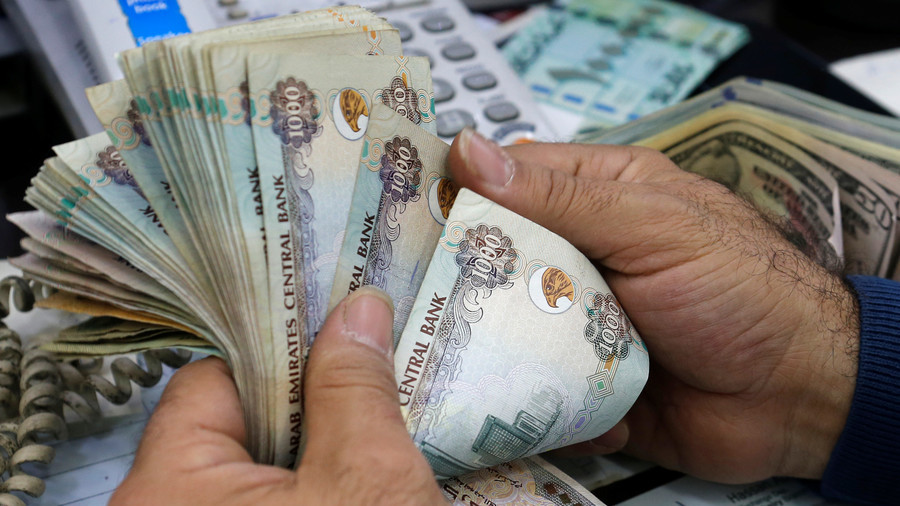 The suspected fraudster – who served as head of accounts and customer service manager at the bank in Abu Dhabi – embezzled the cash in June 2017. She took a colleague's pass and secretly carried out the Dh20 million (US$5.4 million) transaction.

It wasn't until earlier this month that the Abu Dhabi Criminal Court heard that the money was for a man who she considered to be her lover and his two brothers.

According to police investigators cited by Al Bayan newspaper, the woman paid of all of the debts belonging to the three men, and bought them luxury cars and business class plane tickets to Europe. She also gave them extravagant gifts and expensive watches.

The bank where the woman once worked managed to freeze her assets and sold all the cars and merchandise purchased with the embezzled cash. It was also able to recover Dh15 million ($4 million) of the money.

The brothers of the woman's lover have handed over the money they received to authorities. The defendant now awaits a court hearing which has been pushed back to a further date.

It's not the first time that a bank employee has taken advantage of their position in an effort to score some extra dough. On Friday, a former employee of a Bank of New York Mellon Corp branch was sentenced to three years in jail after being found guilty of embezzling $7.1 million. He reportedly used the cash to pay for gambling debts and to buy an outdoor pool, luxury cars, and a gun safe.

Last year, another bank employee in Tennessee pleaded guilty to embezzling more than $800,000 over the course of a decade. Her elaborate scam involved creating fake withdrawal tickets to make it look like customers were taking money out of their accounts. She then prepared false monthly statements which omitted her unauthorized withdrawals.