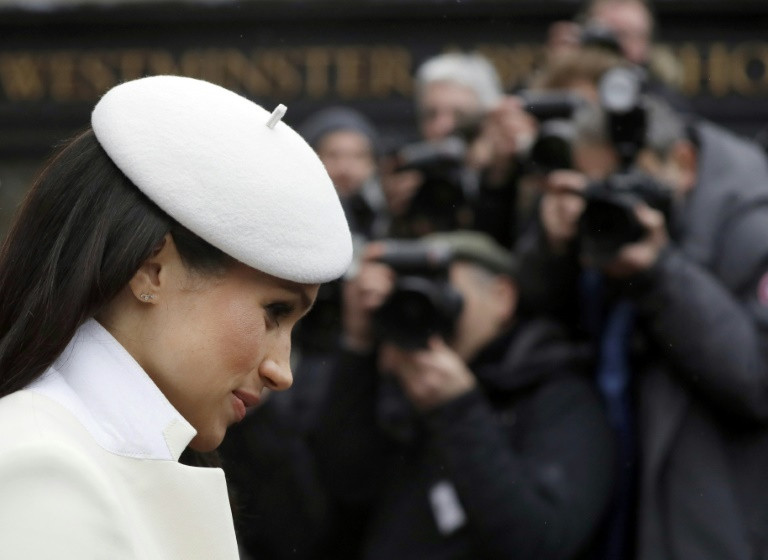 Since the engagement of Meghan Markle to Britain's Prince Harry, photographers have been training their lenses on the US actress and her family.(Photo: AFP)

Prince Harry and Meghan Markle's wedding this weekend was in turmoil Tuesday following reports her father may not attend after a paparazzi scandal, rocking the royal family's meticulous planning for the big day.

Kensington Palace pleaded in a statement for "understanding and respect" during a "difficult situation" as US media reported Thomas Markle had suffered a heart attack brought on by the fallout from allegedly staging paparazzi photos of himself.

Celebrity news website TMZ said he had decided against travelling from his home in Mexico to accompany his daughter down the aisle on Saturday due to his health -- and to spare her further embarrassment.

Kensington Palace did not confirm whether he had pulled out of the wedding at St George's Chapel in Windsor Castle, but issued a brief statement which hinted all was not well.

"This is a deeply personal moment for Ms Markle in the days before her wedding," it said.

"She and Prince Harry ask again for understanding and respect to be extended to Mr Markle in this difficult situation."

A commemorative stamp issued by Britain's Royal Mail featuring an official engagement photograph of Britain's Prince Harry and his fiancee Meghan Markle who will marry on Saturday.(Photo: AFP)

Thomas Markle told TMZ he had agreed to pose for a paparazzi photo shoot in a bid to rehabilitate his image, rather than for money, but that he now regretted the move.

The pictures -- in which he was being measured for a suit and admiring a photo of the future royal couple on his computer -- sold for $100,000 (83,000 euros), according to British tabloid the Daily Mirror.

TMZ said he had suffered a heart attack last week due to stress and that he was continuing to suffer from chest pains.

Markle senior said he had not heard from his daughter since the revelations broke, and that her mother -- his ex-wife Doria Ragland -- would be a good choice to walk her down the aisle in his place, according to the website.

Meanwhile, Meghan Markle's half-sister Samantha Grant, who has criticised the bride-to-be's relationship with her father's side of the family, revealed her dad was feeling "quite depressed" and had indeed suffered a heart attack.

"I don't know as of today what his plans are, but there's a very real concern," she told Britain's ITV television.

Whether he attends the wedding will be based on "whether or not it's safe" for him to go, said Grant.

She said her father had "suffered at the hands of the media" who had presented him "in the most horrible ways".

Staging the photos was intended to counter the way he had been "so unfairly presented in the media as being sort of shabby". 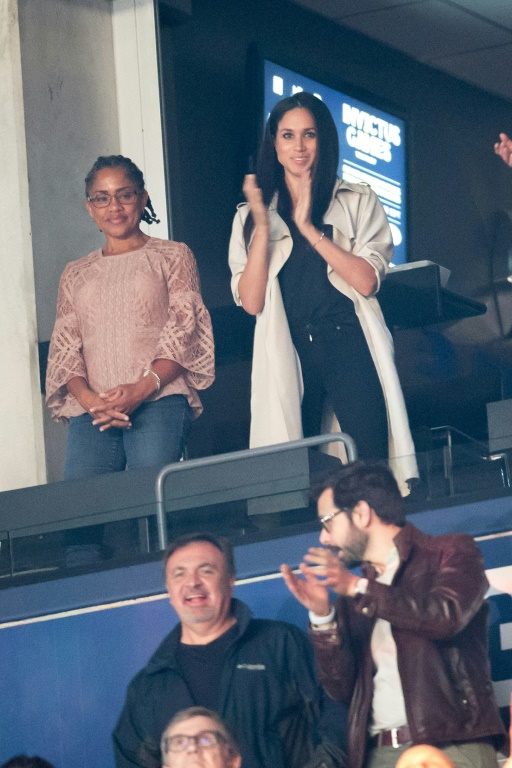 Meghan Markle and her mother Doria Ragland in Toronto in September 2017.(Photo: AFP)

Markle's gaffe-prone family has been sending royal courtiers into something of a spin by airing its dirty laundry in public.

Kensington Palace's attempts to project a sense of serenity around the wedding preparations have been clouded by Thomas Markle's relatives, who have not been invited to Saturday's nuptials following stories of bust-ups, heavy drinking and an arrest.

In what The Daily Telegraph newspaper called "the circus" surrounding the wedding, Tom Junior's ex-wife Tracy Dooley -- also not invited to the wedding -- rolled into London with her two sons Tyler and Thomas.

"We're here! Yay!" she said, posting pictures of London landmarks, after they were spotted pushing luggage through Heathrow Airport, Tyler turning up in a vest.

The Dooleys are reportedly appearing on ITV's Good Morning Britain as part of their royal wedding coverage.

US actress Markle grew up in Los Angeles and remains close with her parents, who divorced three decades ago.

Her 73-year-old father, is an Emmy-winning Hollywood lighting director who retired to Mexico, while her mother, 61, is a yoga instructor and clinical therapist.

In her late teens, Meghan Markle reportedly said she and her father were not "on the best of terms" but more recently has publicly expressed her love for him.

Ragland, who has reportedly already arrived in Britain, is expected to spend Friday night with her daughter in a plush hotel before travelling with her by car to Windsor Castle.

On Tuesday, Americans in Windsor ahead of the wedding were sympathetic to their compatriot.

"It's disappointing for her," said Jean Rice, 48, from Orlando.

"But things happen. I hope they're happy."

"Staging those photos, that didn't seem so awful. I imagine she's on the phone with him trying to persuade him to come," she added.