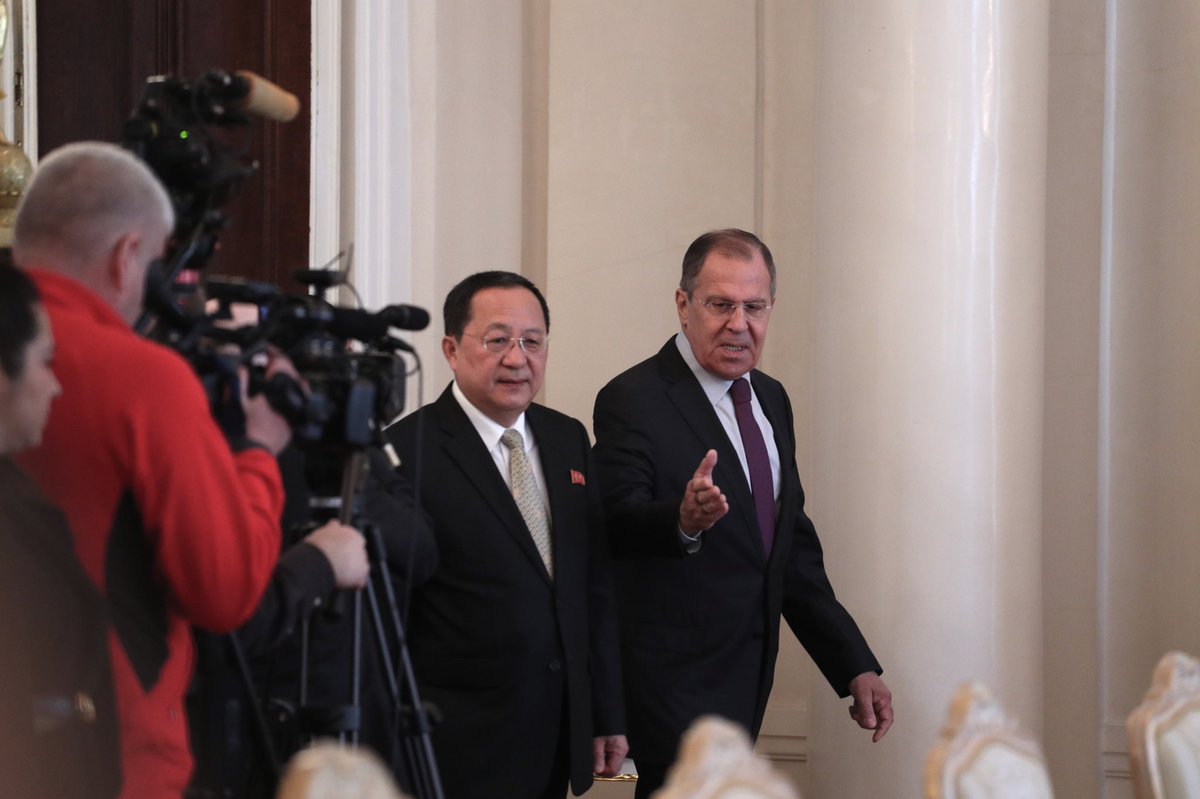 Lavrov told reporters he had accepted an invitation to visit Pyongyang, and that he and Ri had discussed the situation around North Korea’s nuclear and missile programme, and tensions between Pyongyang and Washington.

“We welcome the gradual normalisation of the situation and the cessation of mutual threats, and the readiness for contacts between North Korea and the United States,” Lavrov said.

Ri did not appear before reporters after the talks, but told reporters beforehand:

“The current situation on the Korean peninsula and around your country, and the overall international political situation, require our two countries to further strengthen friendly cooperation, to increase our strategic communication and coordination of action between our countries.”

Ri said he hoped the two countries would find ways to create “a new milestone” in their relations this year.

High-ranking North Korean officials have been engaged in a flurry of international diplomacy in recent weeks ahead of a possible meeting between US President Donald Trump and North Korean leader Kim Jong-un.

Ri arrived in Moscow on Monday and held talks with Russian Security Council Secretary Nikolai Patrushev about the options for dialogue between Pyongyang and Seoul, the TASS news agency reported.

Lavrov said after meeting Ri on Tuesday that no decisions had been made on talks between Kim and Russian President Vladimir Putin.