HEADLINE Russia blames US pressure on allies for expulsions

Moscow on Tuesday charged  Washington had put "colossal pressure" on allies to expel scores of Russian diplomats, and vowed to retaliate.

"This is the result of colossal pressure, colossal blackmail which is the main instrument of Washington on the international arena," Russian Foreign Minister Sergei Lavrov said in Uzbekistan.

"We'll respond, have no doubt! No one wants to put up with such loutish behaviour and we won't."

At least 116 alleged agents working under diplomatic cover were ordered out by 22 governments on Monday, dwarfing similar measures in even the most notorious Cold War spying disputes.

The expulsions were a response to the poisoning of Russian double agent Sergei Skripal and his daughter Yulia with a nerve agent in the English city of Salisbury on March 4.

Expulsions of Russian diplomats were ordered by the United States Canada and Australia as well as a number of European Union countries, Albania and Ukraine.

The row has plunged Russia's relations with the West to new lows amid ongoing tensions over Ukraine and Syria.

Speaking on the sidelines of a conference on Afghanistan in Uzbekistan's capital Tashkent, Lavrov said the expulsions justified Russia's view that there are "few independent countries" remaining in Europe.

Comments by British Prime Minister Theresa May blaming Russia for the poisoning were "simply an affront to the system of Anglo-Saxon justice system," Lavrov added.

Britain had urged allies to take strong action in response to the attack that left former Russian spy Skripal and his daughter in critical condition.

The United States responded particularly strongly, ordering 60 Russians to leave embassies and consulates and shutting down the Russian consulate general in Seattle. 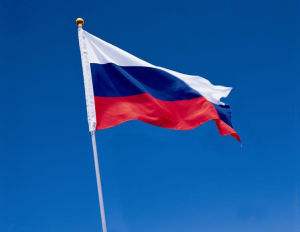