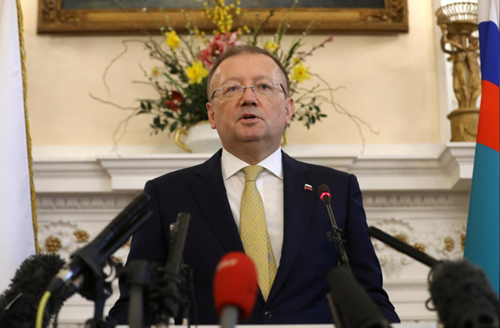 The Russian Embassy in UK has sent a request to have a meeting between the Russian Ambassador Alexander Yakovenko and British Foreign Secretary Boris Johnson on bilateral issues, including the poisoning incident in Salisbury, said the embassy on its website and Twitter on Saturday. 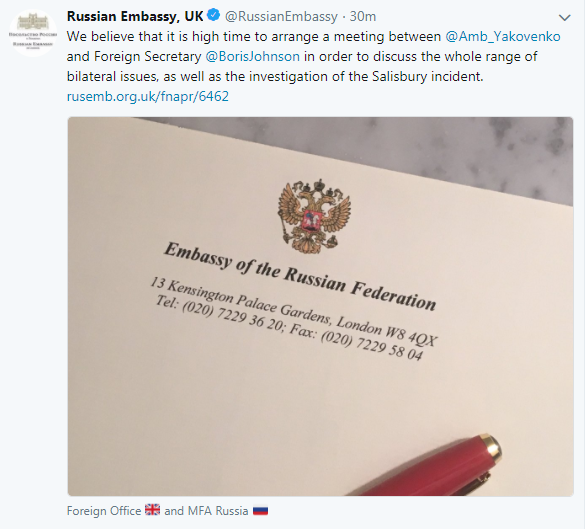 Screenshot of the Twitter of Russia Embassy to Britain.

"Unfortunately, the current state of the Foreign Office interaction with the Embassy is utterly unsatisfactory. We believe that it is high time to arrange a meeting between Ambassador Alexander Yakovenko and Foreign Secretary Boris Johnson in order to discuss the whole range of bilateral issues, as well as the investigation of the Salisbury incident. Ambassador Yakovenko has already sent a respective personal note to the Foreign Secretary," the Russian Embassy says in a press release. 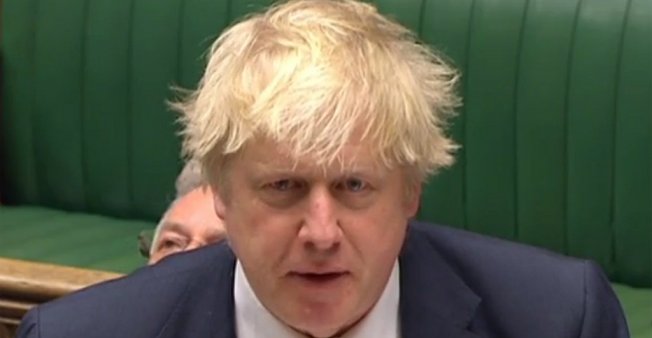 The British Foreign Office confirmed having received the request and said it would respond in "due course", according to Reuters.