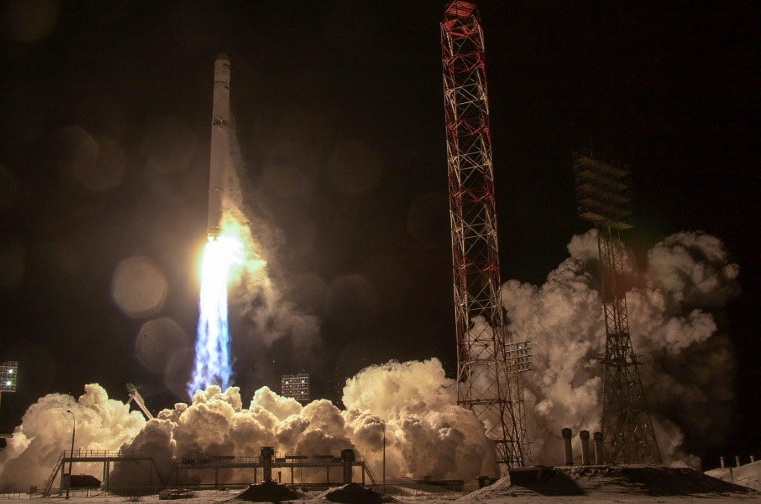 The Russian space agency Roscosmos said earlier that the satellite had been successfully launched and reached orbit.  Photo: AFP

Russia has lost contact with Angola's first national telecoms satellite launched from the Baikonur space pad, a source in the space industry told AFP on Wednesday.

The incident involving the Russian-made Angosat-1 is a new embarrassment for the country's once proud space industry after Russia in November lost contact with a weather satellite after it was launched from a new cosmodrome in the country's far east.

"Contact has temporarily been lost," the source told AFP, adding specialists were now looking into the matter.

The source said officials had stopped receiving "telemetry data" but called it a "rather common situation" and expressed the hope that contact would be re-established.

The reason for the loss of contact was not immediately clear.

Earlier Wednesday the Russian space agency Roscosmos said that the satellite had been successfully launched and reached orbit.

The Zenit-2SB rocket carrying Angosat to orbit was supplied by Ukrainian maker Yuzhmash, making the launch a rare joint project between the two countries since 2014, when Moscow annexed Ukraine's Crimea peninsula.

The Angosat project was agreed by Russia and Angola in 2009 and includes the satellite, its launch, and on-ground infrastructure in a suburb of the capital Luanda.

The approximately $280 million project has been financed with a credit from Russia's state banks.

The satellite was designed for a 15-year mission to boost satellite communications, internet access and radio and TV service.

Around 50 Angolan aerospace engineers trained around the globe were meant to oversee the functioning of the satellite from a control centre built near Luanda.

Russia initially wanted to use its new Angara rocket to launch the satellite but opted for the Zenit rocket.

The launch was initially scheduled for the summer but had been pushed back several times due to delays.

Apart from the Meteor weather satellite, the rocket carried 18 payloads from institutions and companies in Canada, the United States, Japan, Germany, Sweden and Norway.

In October, Russia successfully launched from the northern cosmodrome of Plesetsk a European satellite dedicated to monitoring the Earth's atmosphere, the protective layer that shields the planet from the sun's radiation.