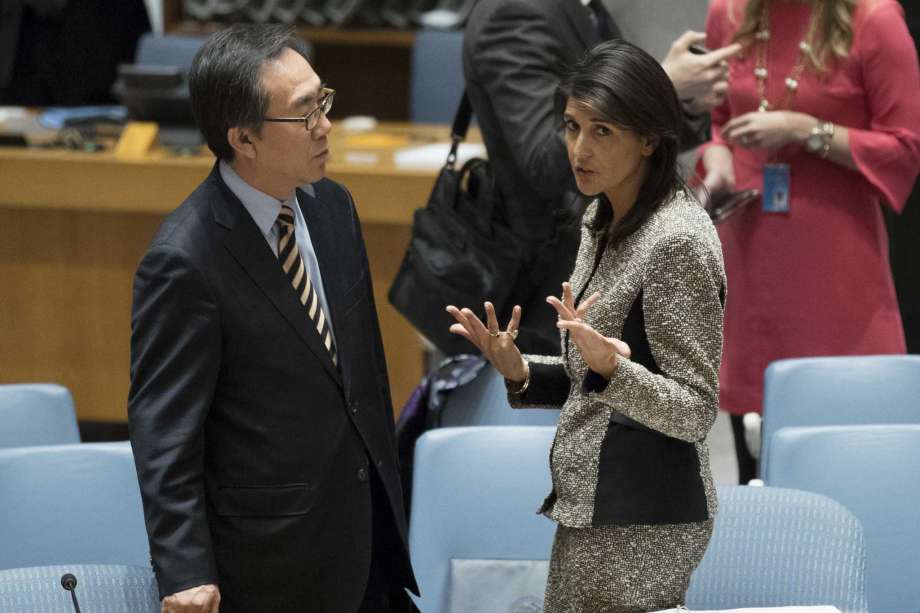 Russia says it opposes a US push for further isolation of North Korea after its recent missile test.

Russian Foreign Minister Sergey Lavrov said Thursday that the possibilities of pressuring North Korea with more sanctions have been exhausted. He deplored the US refusal to engage in talks with North Korea and noted that a series of military drills by the U.S. and its allies in the region fueled tensions.

Lavrov referred to comments by the US ambassador to the United Nations, Nikki Haley, who warned that the North Korean missile test "brings us closer" to a war the US isn't seeking.

He said "the Americans need to explain to us all what they want: If they want to find a pretext for destroying North Korea ... they should say it openly."

Russia has condemned North Korea's missile and nuclear tests and urged the US and its allies to freeze their military drills and engage in talks with the North to help end the standoff.